A pilgrimage to the Porsche Museum in Stuttgart is a bucket list item for any Porsche enthusiast. This year we had our first of hopefully many visits to come. Here is a round-up of special 911s on display at the museum during our visit. 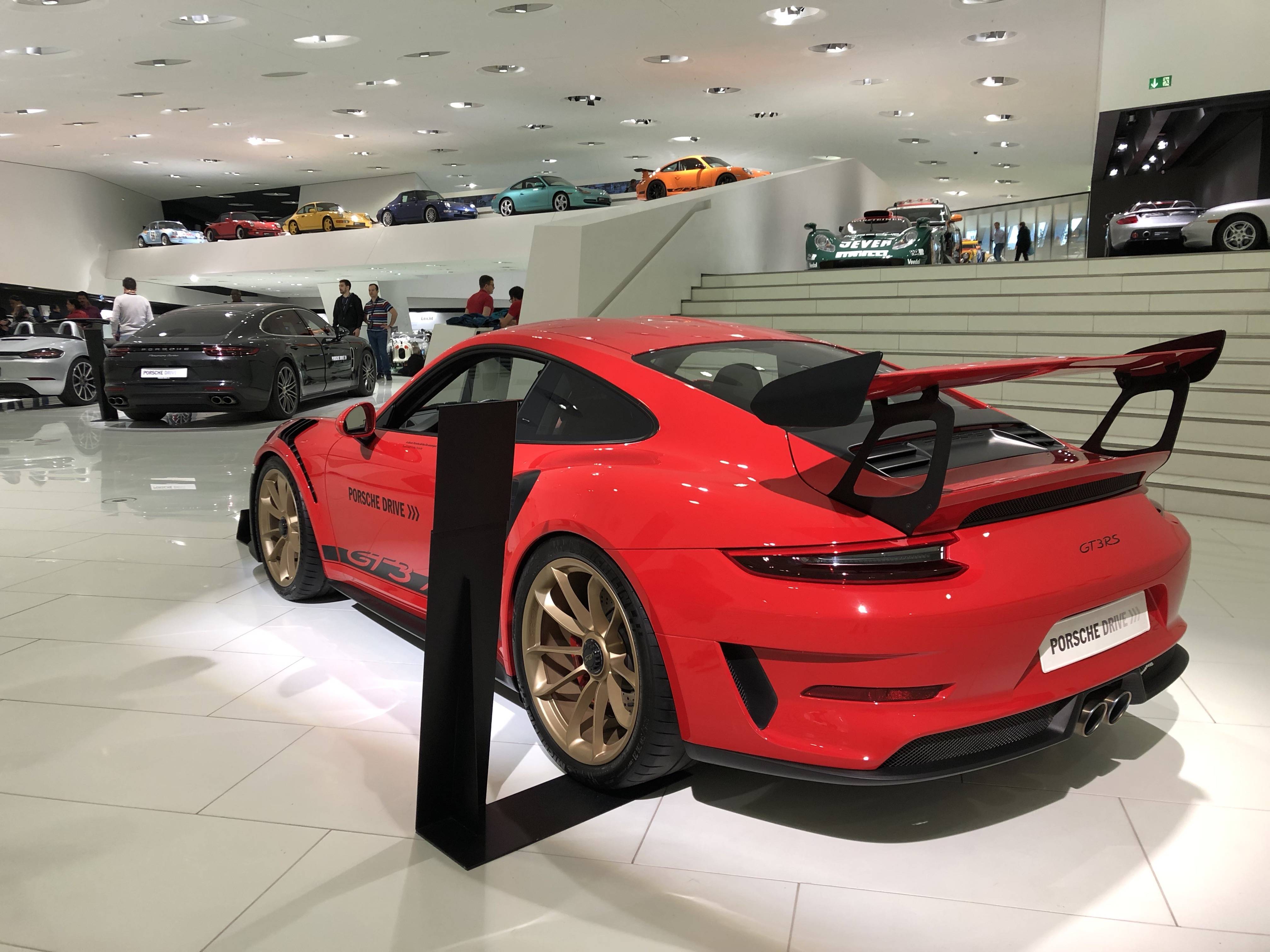 As we were Stuttgart bound to conduct our first interview for the 911 Story series, we decided to extend our trip with one additional day in order to visit the revered Porsche Museum. The building is a true architectural delight inside and outside, with a design identity that stands very close to the brand. 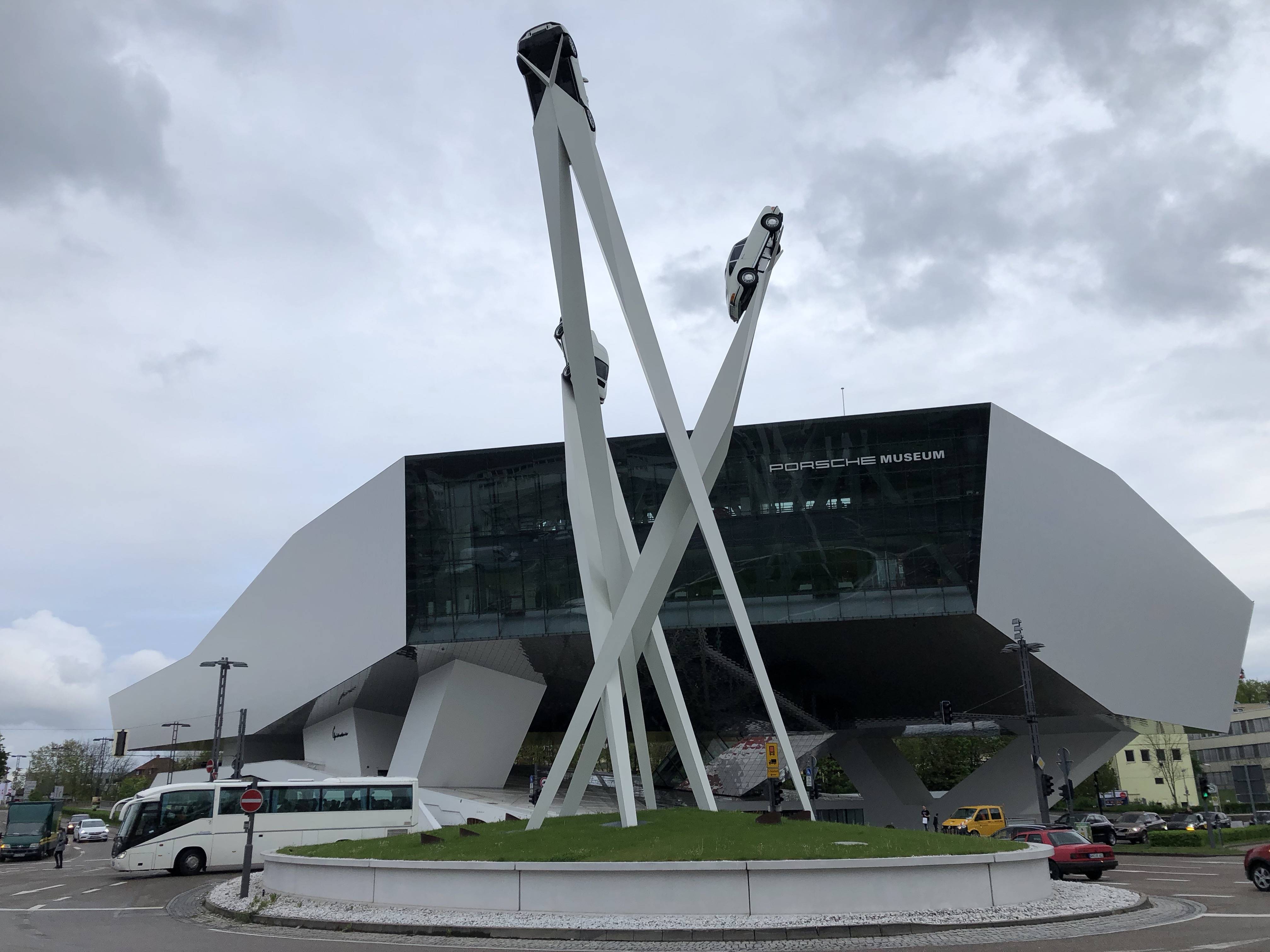 Arriving at Porsche Platz 1 is, for us Porsche enthusiasts, somewhat reminiscent of visiting the world’s most stylish candy store. The Porsche Museum finds itself amidst Porsche’s factory site, with its production line visible to the ongoing traffic as it crosses over the main road. Right across the museum is the larger than life Porsche Center of Stuttgart and across the variety of corporate buildings one can find plenty of management fleet cars and freshly finished cars ready for export.

The party already starts on the visitor parking, which boasts a lot of Porsche cars belonging to the Drive Me - the company’s own rent-a-Porsche service. As these are company-owned cars they come with a variety of colours and high-end specifications. 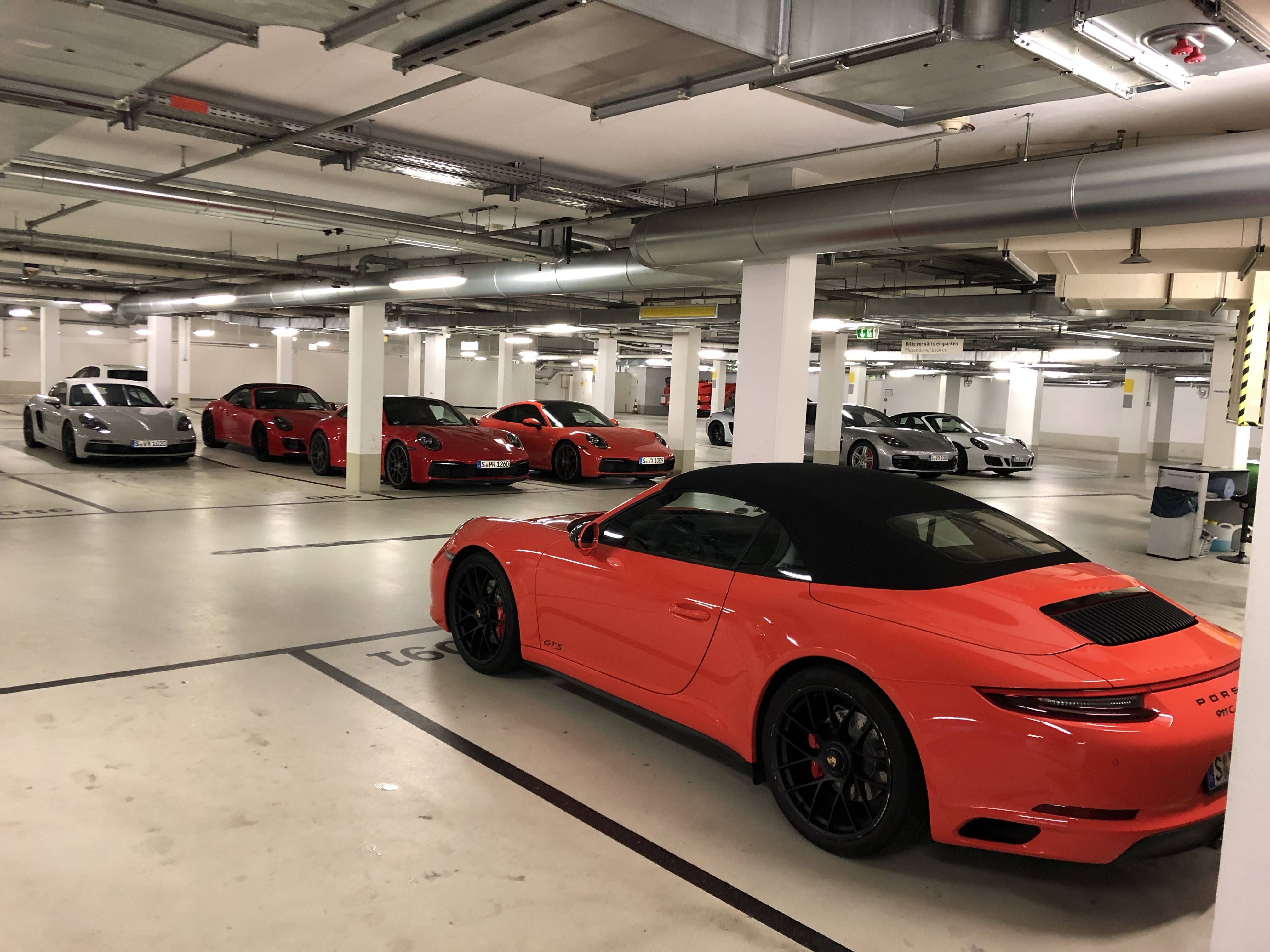 The museum’s entrance fee is surprisingly democratic at €10 including audio guide at the time of visiting. The visitor is subsequently guided chronologically through the company’s history, each time complemented with cars on display from the appropriate time period. The museum also hosts a temporary exhibition, which in our case was focusing on endurance race cars. Needless to say that the museum has its fair share of 911s on display. We selected a few special ones below, yet there is plenty more to discover on location for sure. 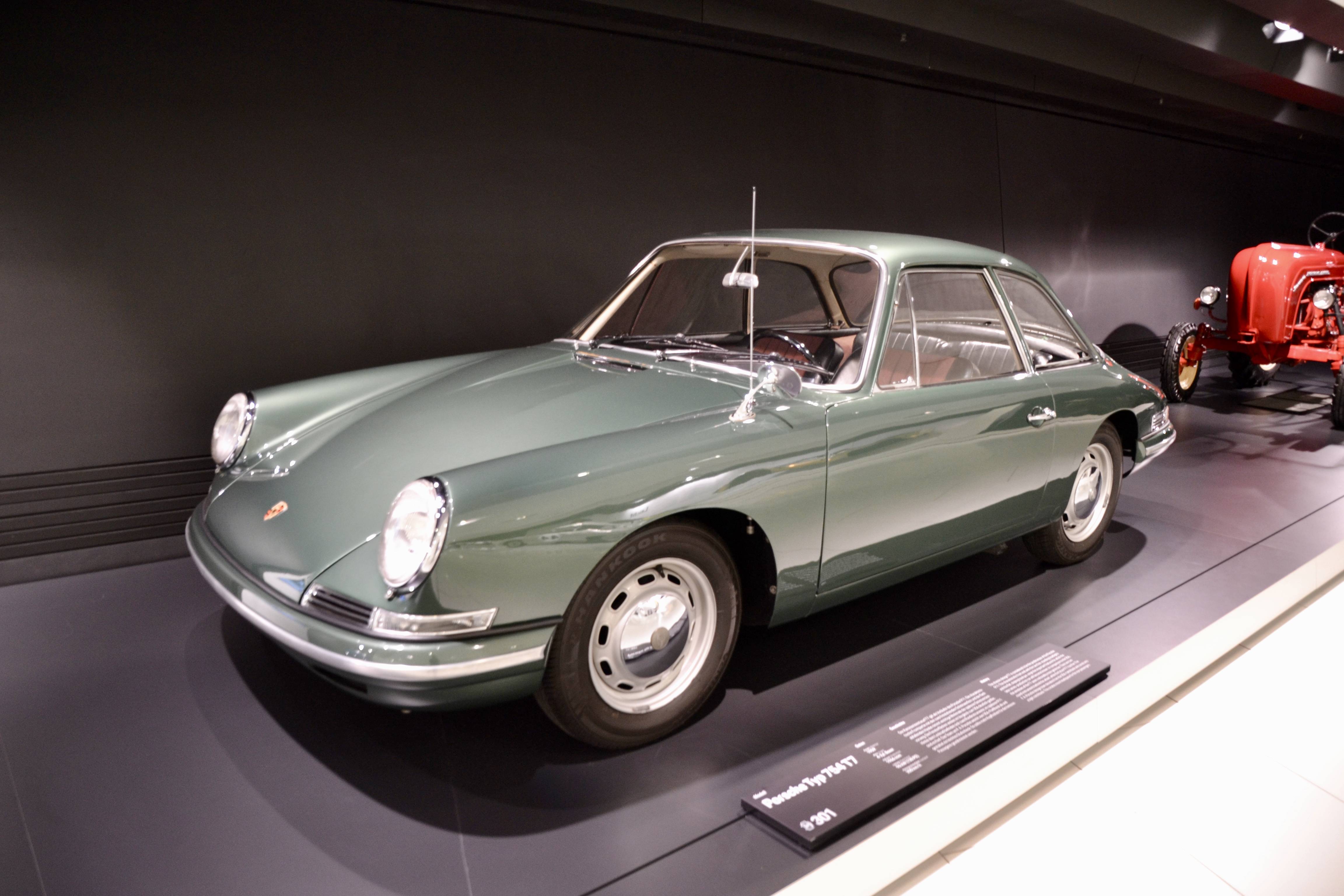 This 1959 Type 754 T7 prototype car a.k.a. the 695 is perhaps one of those cars for which we are most grateful to Porsche, as it is the de facto forefather of the 911. The exterior design draws striking similarities to what we would later refer to as the pre-G series 911 urmodell, albeit with a slightly more sedan-like rear giving way to a four seat interior cabin. Despite receiving praise for its design, Ferry Porsche would insist on developing a more fastback-style rear end on the T7, leading to what in 1961 would become the 901 - the first 911. 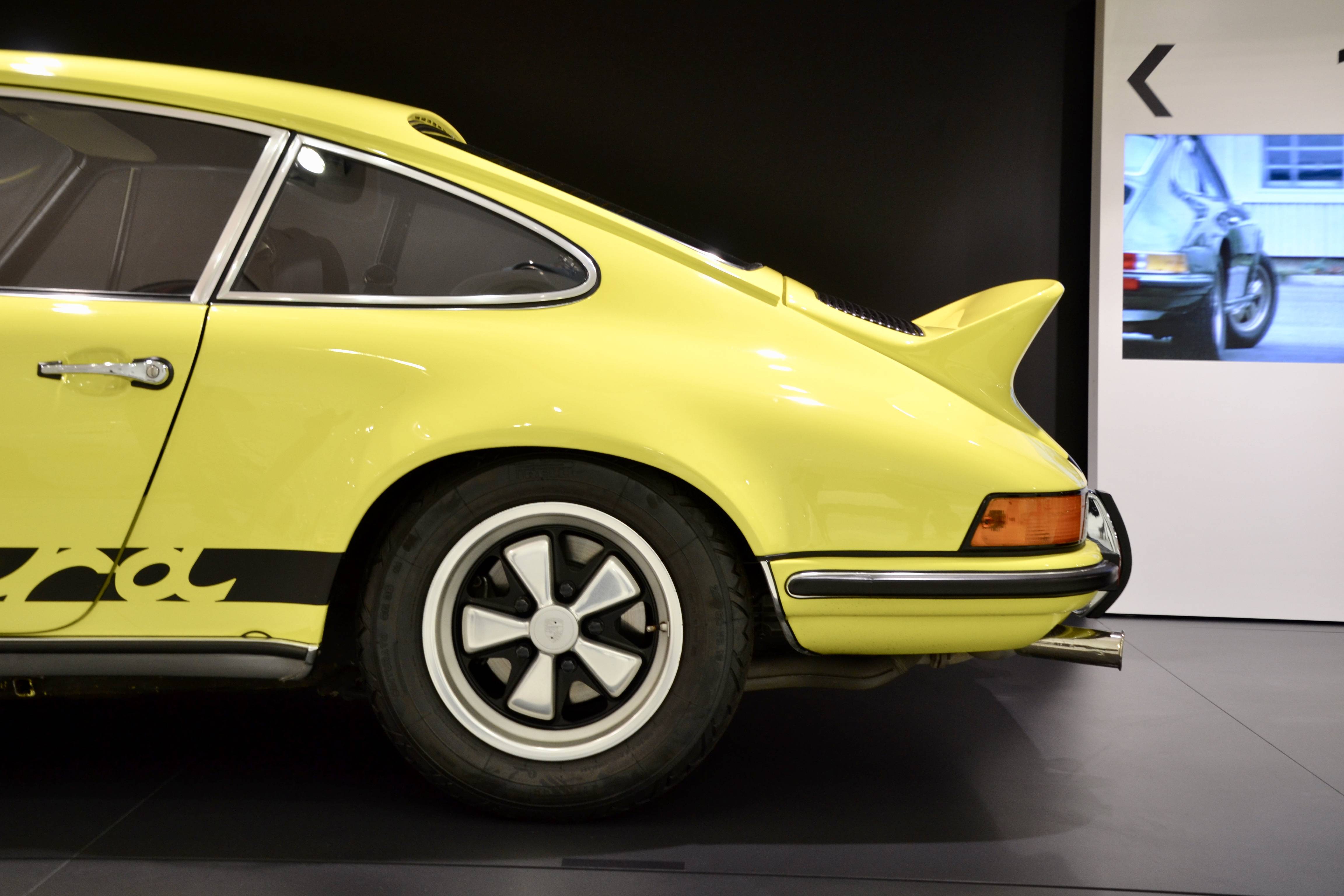 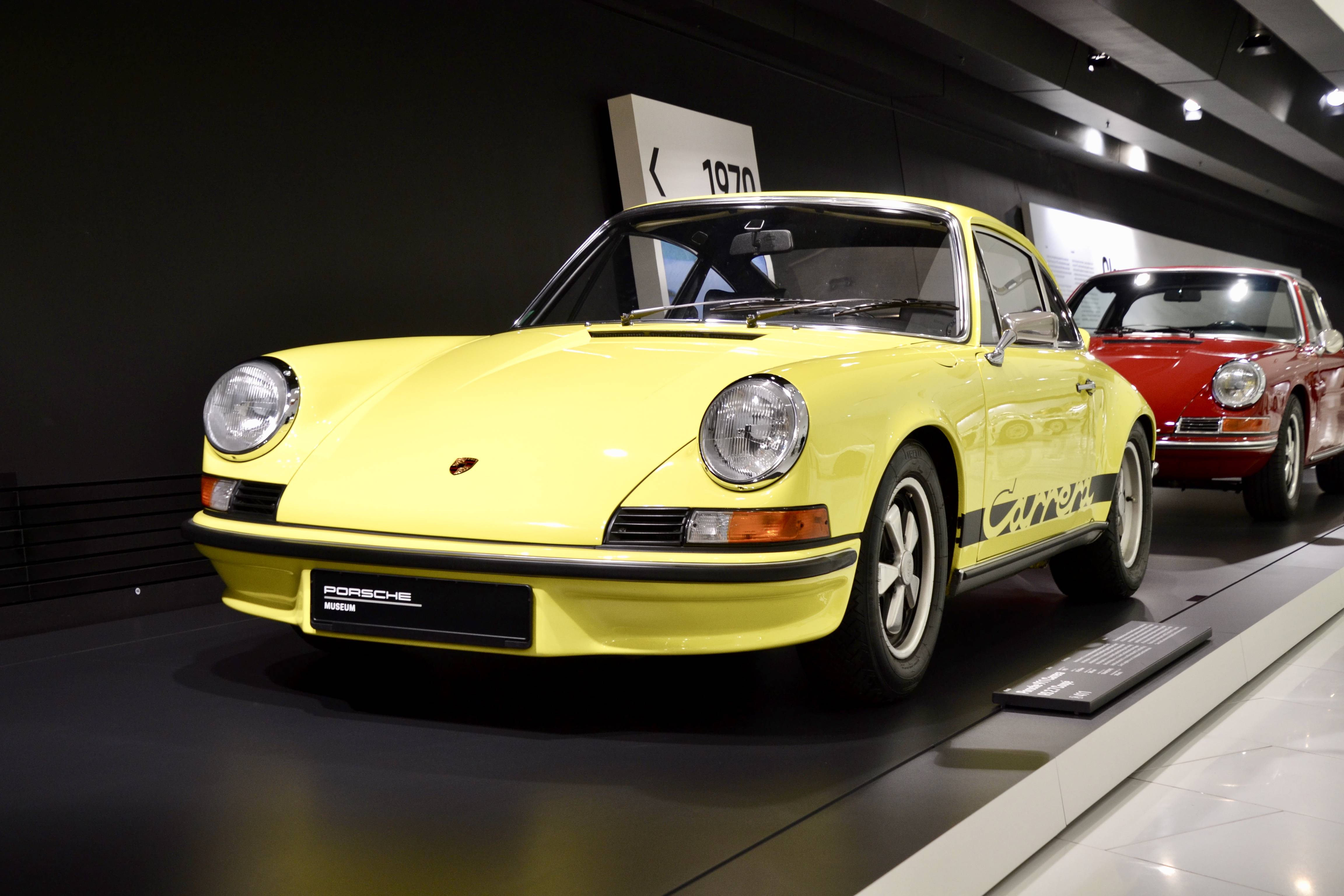 The first half of the seventies proved to be instrumental to the 911’s history as Porsche presented the Turbo in 1974. Drawing its roots directly from motorsport technology, the 911 Turbo reached the limits of what was physically possible at the time. Notorious for its turbo lag and for being particularly unforgiving when crossing its limit, the Turbo was an instant performance milestone in the 911’s history. 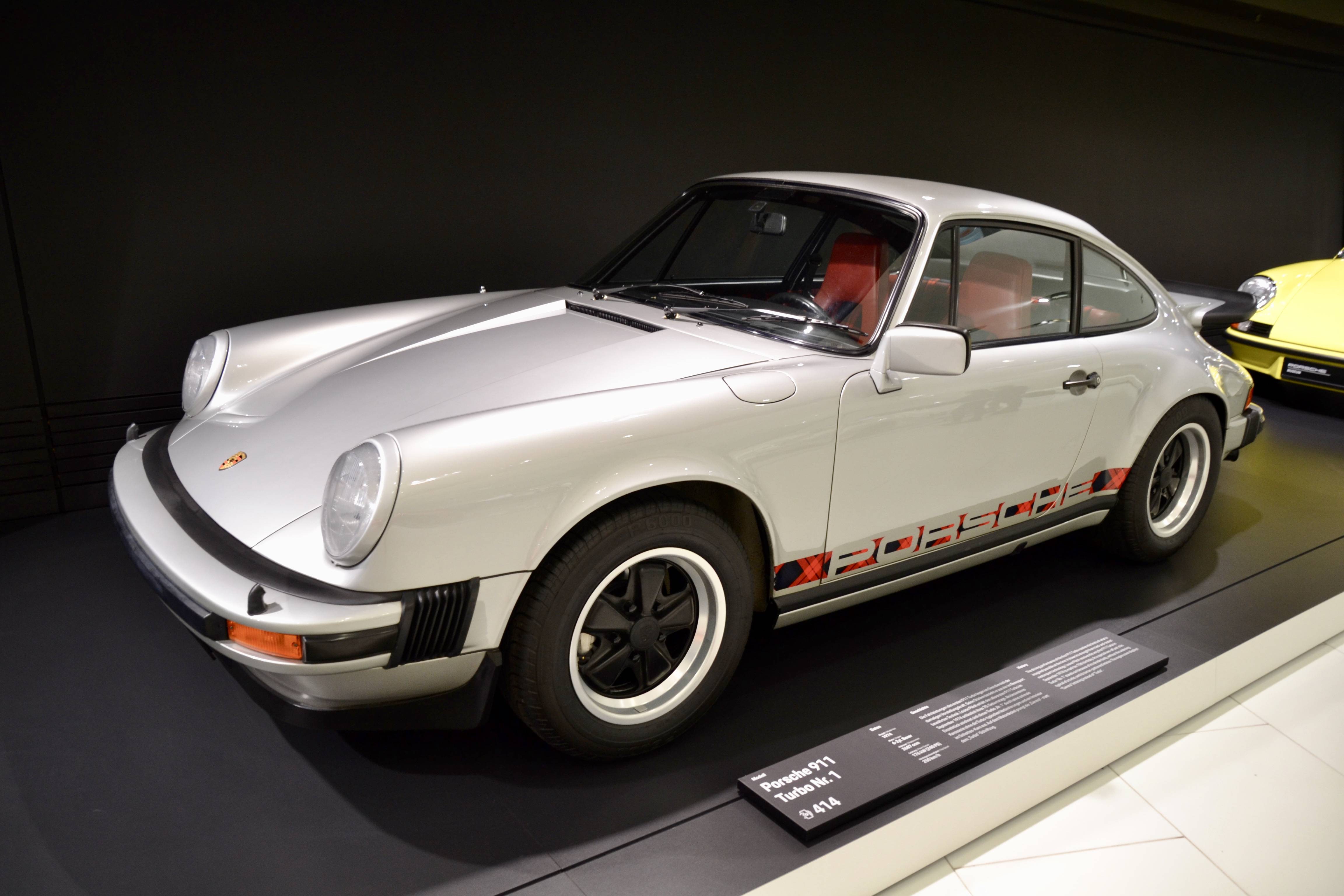 Louise Piëch was lucky enough to receive the very first 911 Turbo in September’74 to mark her 70th birthday. As one would expect, Porsche family members are not delivered the odd standard car. This one-off 911 Turbo is unique in its kind because of its slender body and its tartan interior. The engine cover also features a Carrera instead of a Turbo plaque. 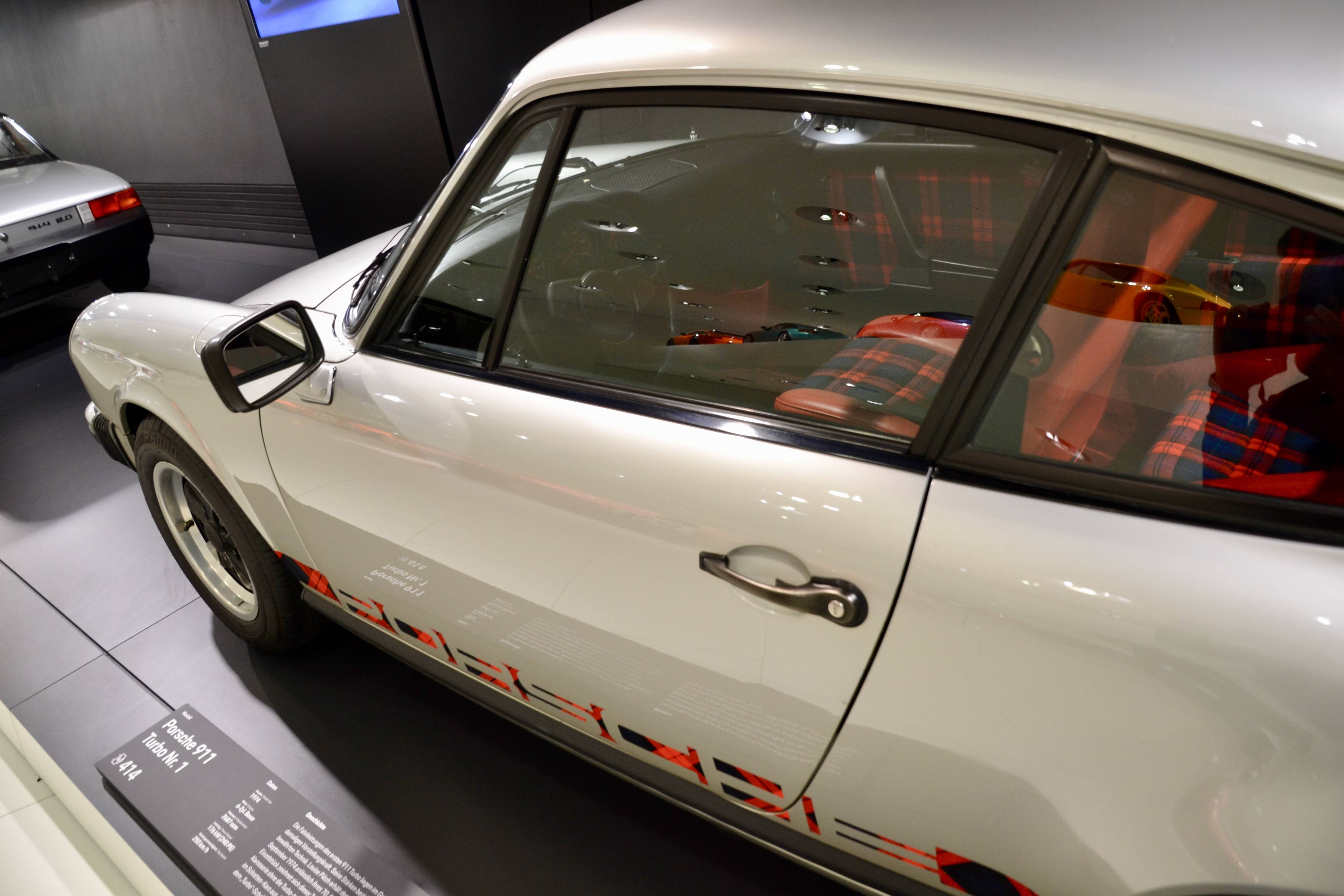 The museum hosted a temporary exhibition of endurance race cars featuring a line-up of 911 GT-class racers. Among those cars was this very special 911 RSR #92 that won the LMGTE class at Le Mans in 2018. It was our first up and close encounter with the 510hp 991 RSR series and they indeed look as menacing as they sound, despite the irony coming from its pink pig livery. 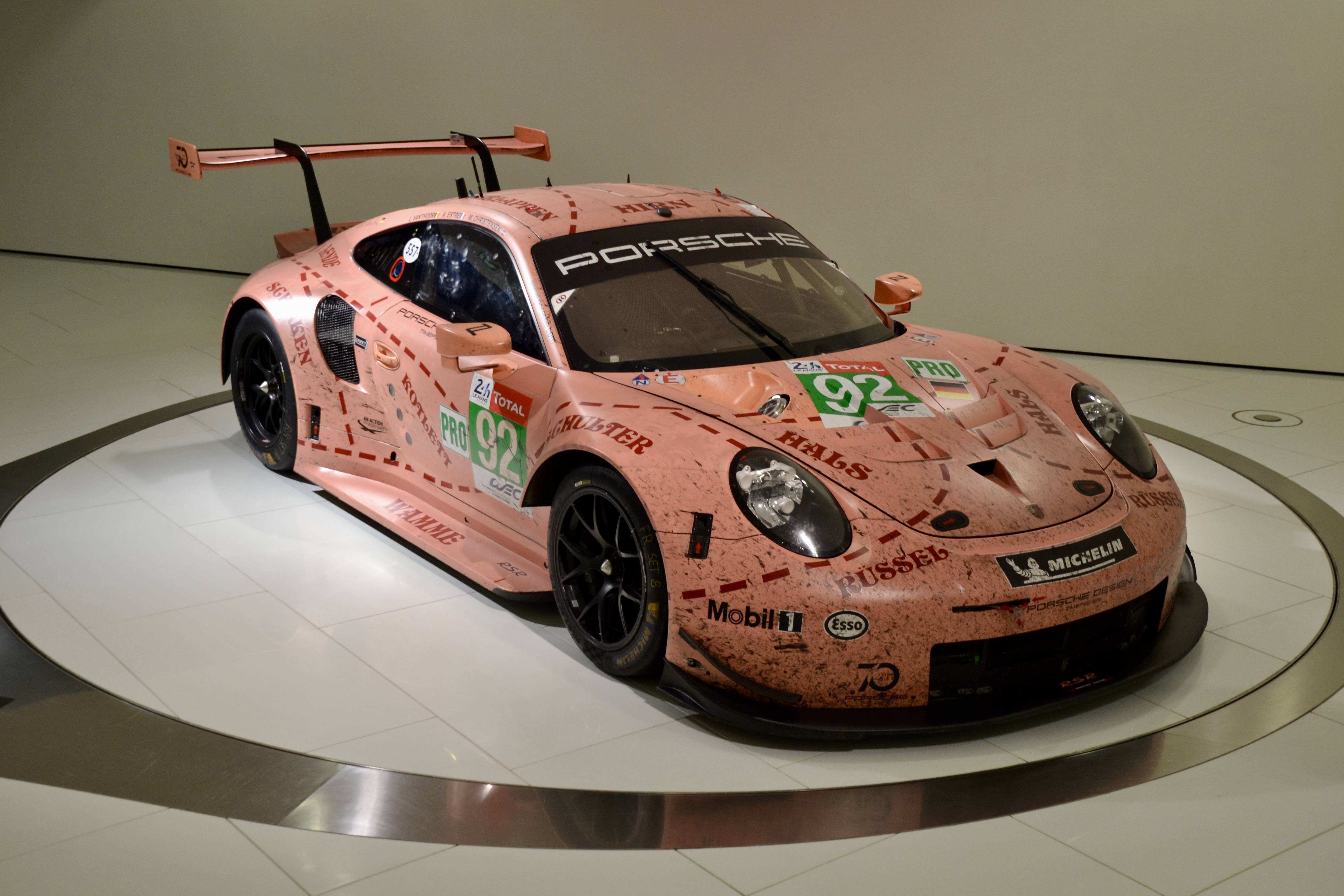 The finish of this #92 RSR is inspired by the now legendary Porsche 917/20 that tackled Le Mans in 1971. This unique 917 was the product of Porsche engineers who tried to combine the best features of the then short- and long-tail versions of the 917. The result was a rather plump looking car, which under the supervision of Porsche designed Anatole Lapine subsequently was painted pink with sections labelling the butcher-style cuts of pork meat. The 917/20 was not victorious at Le Mans, but to this day it remains one of the most famous Porsche race cars ever. 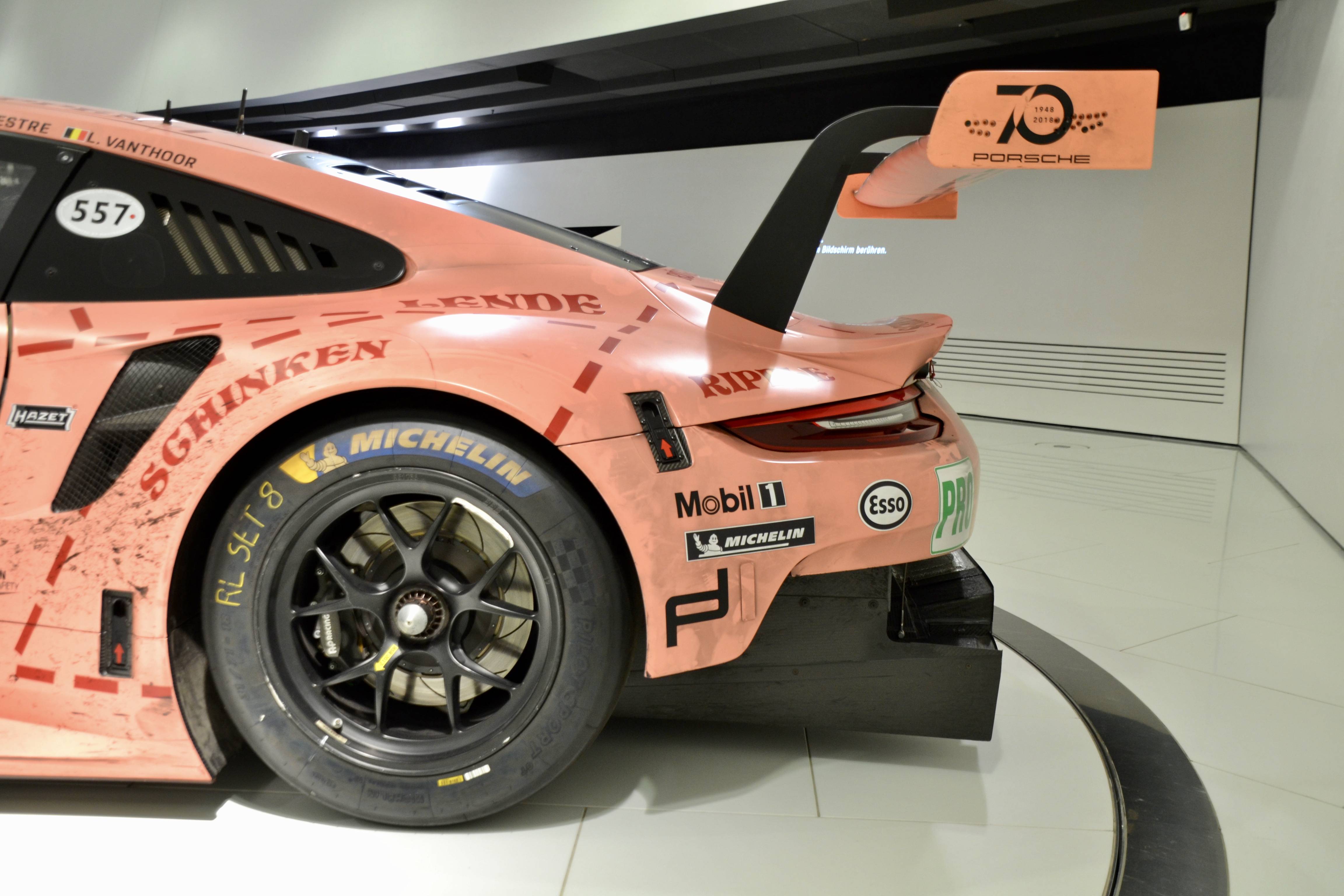 We close our Porsche Museum visit with a word of praise for the 996. Perhaps to this day still the most overlooked 911, not in the least the first generation 996 Carrera. Demonised for being the first water-cooled 911 and for stepping away from the classic round headlights, there is still little love to be found for this car over 20 years after its first introduction. Perhaps lucky for us enthusiasts, as the 996 remains the least expensive way to enter 911 ownership. 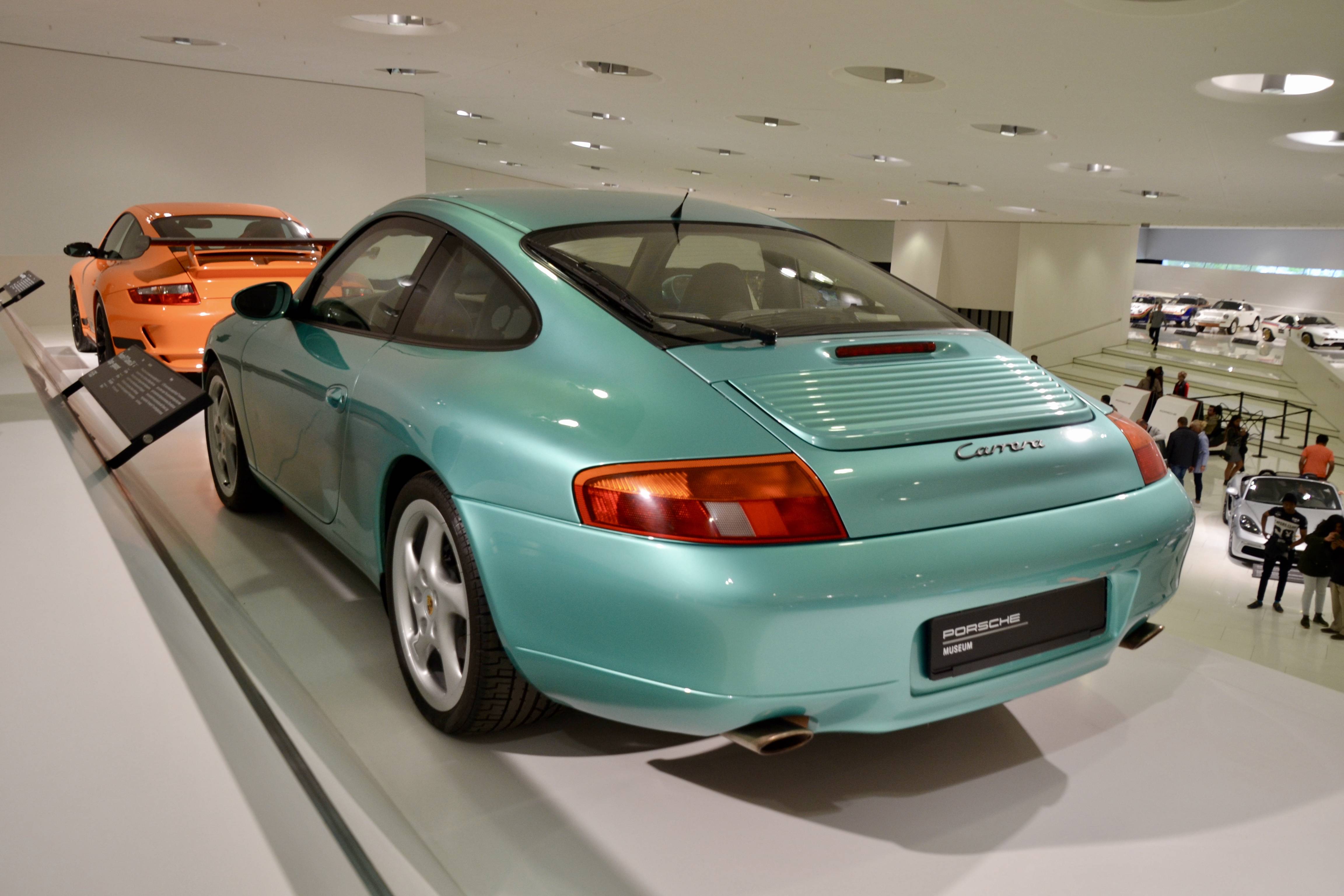 Maybe it will take until the first hybrid Carreras are introduced for the 996 to get the praise that it deserves. Looking at this example in rare Libelltürkis green we hope it will not take that long. 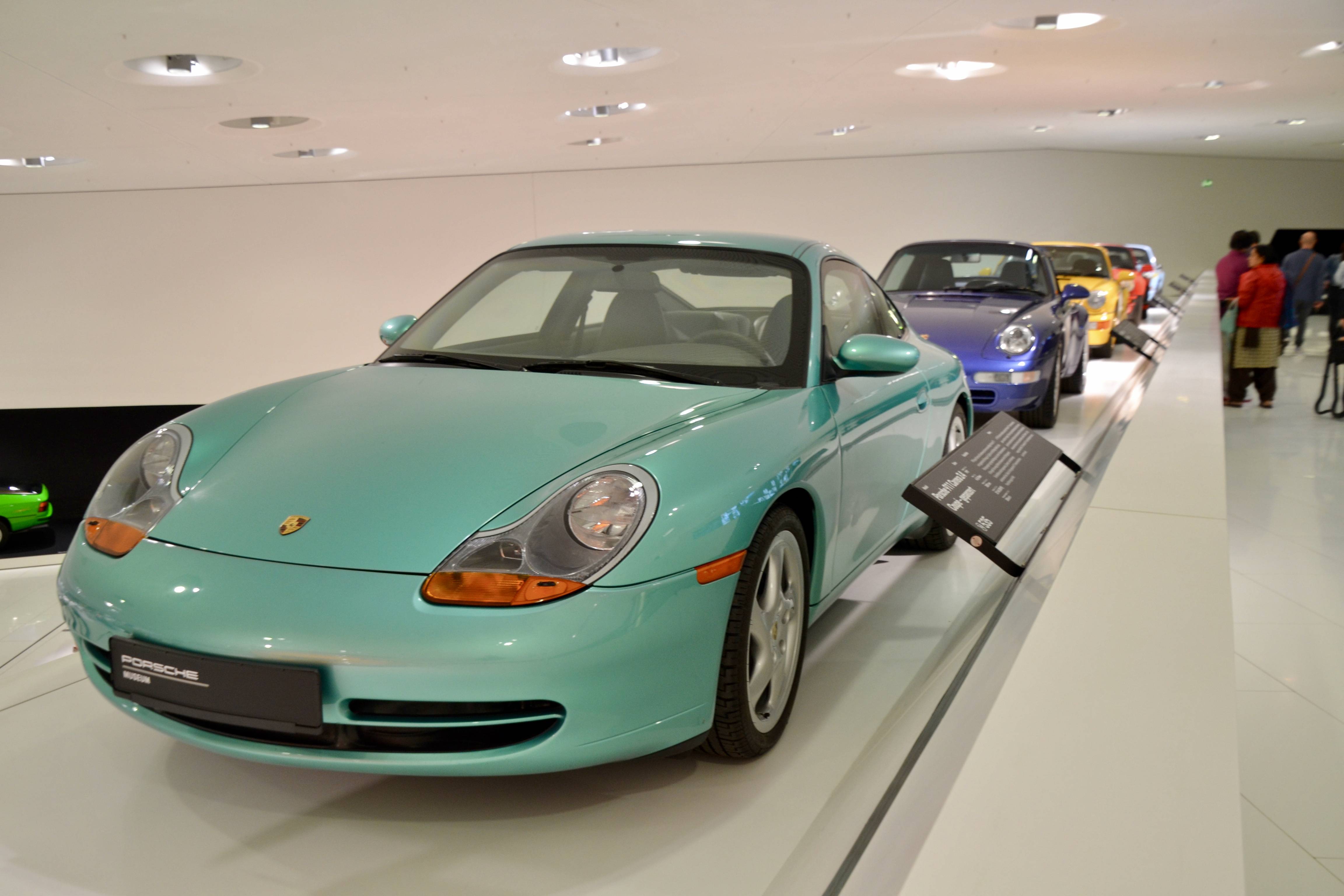 Certain variations of the 996 are catching the collector’s eye as we speak. The GT cars are traditionally some of the first to see their value increase on the used-car market for 911s. The 996 is no exception, however deals can still be made at this very day (996 Mk1 GT3 Clubsport for less than €70,000 - what are you waiting for!). 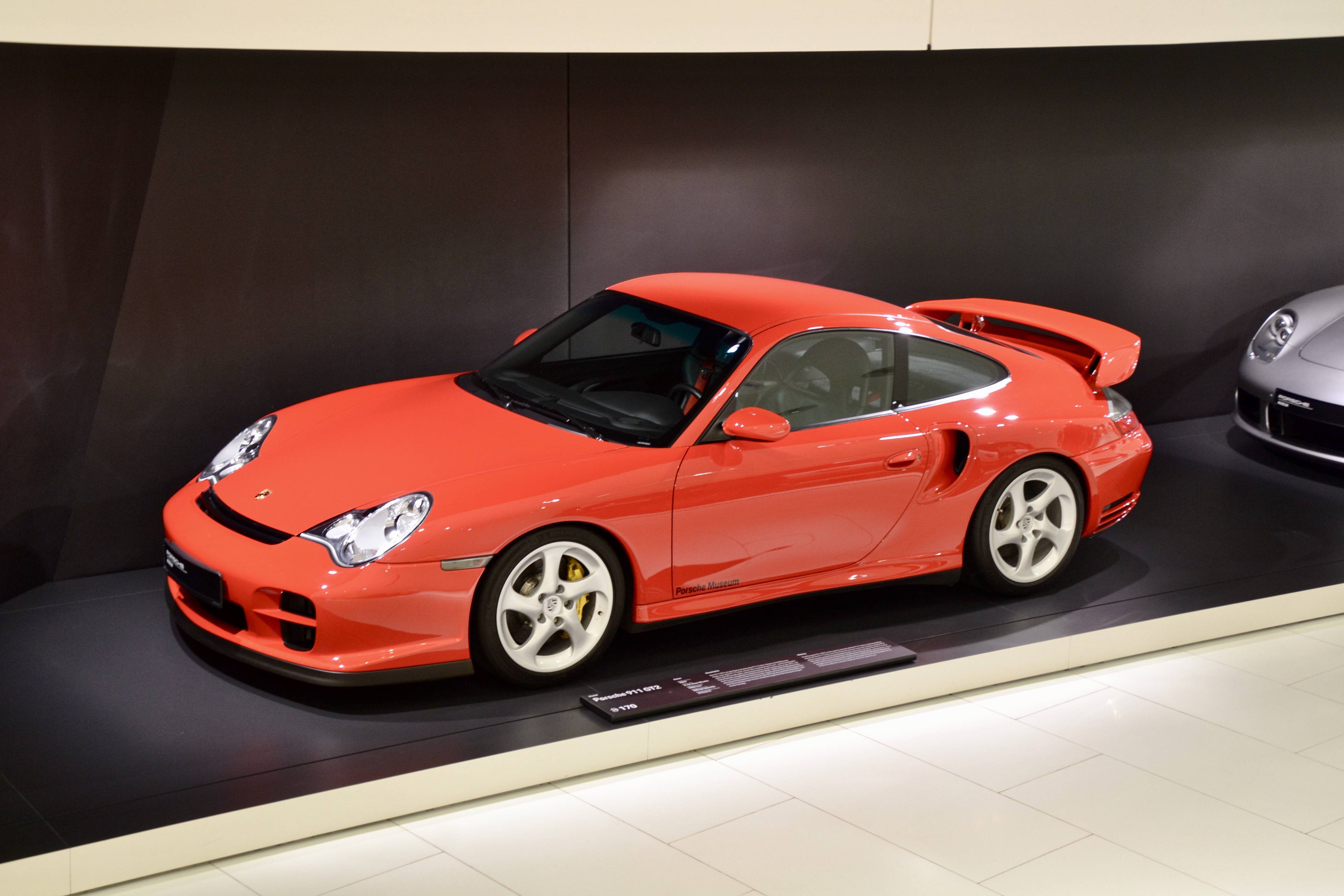 Prices of the 996 GT2 are very much on the rise, mainly fuelled by their rarity vs. more modern GT2s. Where the 996 Mk2 GT2 Clubsport seems unreachable for most mortals, the Mk1 might still be an opportunity, especially in a colourful finish like below Guards Red example. Add the Clubsport package and ceramic brakes and you have a guaranteed beautiful bundle of joy that might keep its value for a long time. 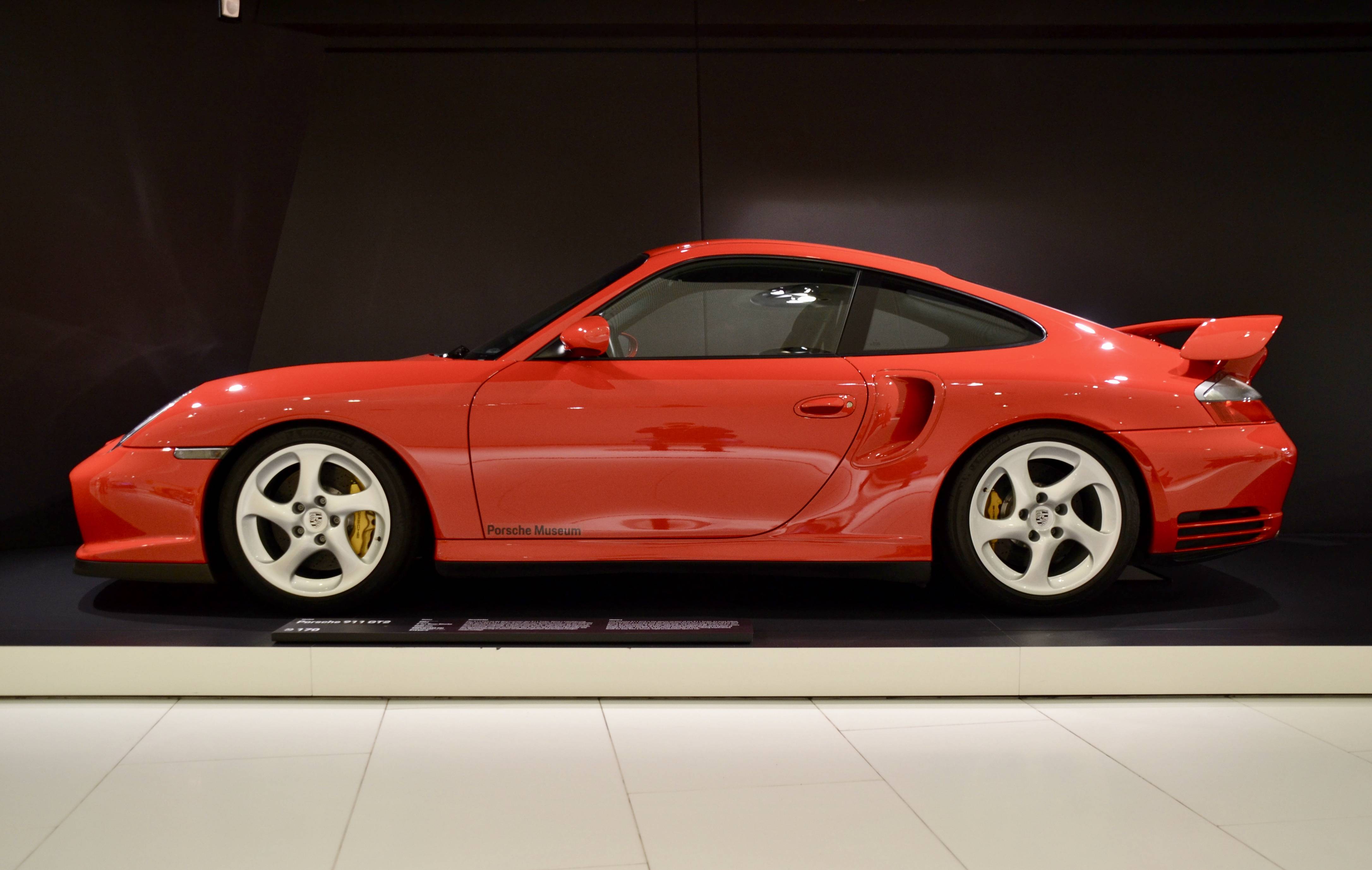 RELATED BLOG ARTICLES
Three reasons why the 996 is a totally bonkers 911! Because throwing shade on the 996 is a thing of the past. It's time to appreciate this generation of the Porsche 911 once and for all.