The latest Porsche 911 (991) Speedster Concept was unveiled to the world last August as a fitting celebration of Porsche's 70th anniversary. The anniversary concept forges a link with the very first Porsche 356 Roadster and the Porsche cars of today. To strengthen the historical link, the Speedster Concept received numerous visual cues linking back to the original 356 Speedster, with the most prominently known feature being the inclined windscreen and the most refreshing features being the Talbot-styled side mirrors and fuel tank. 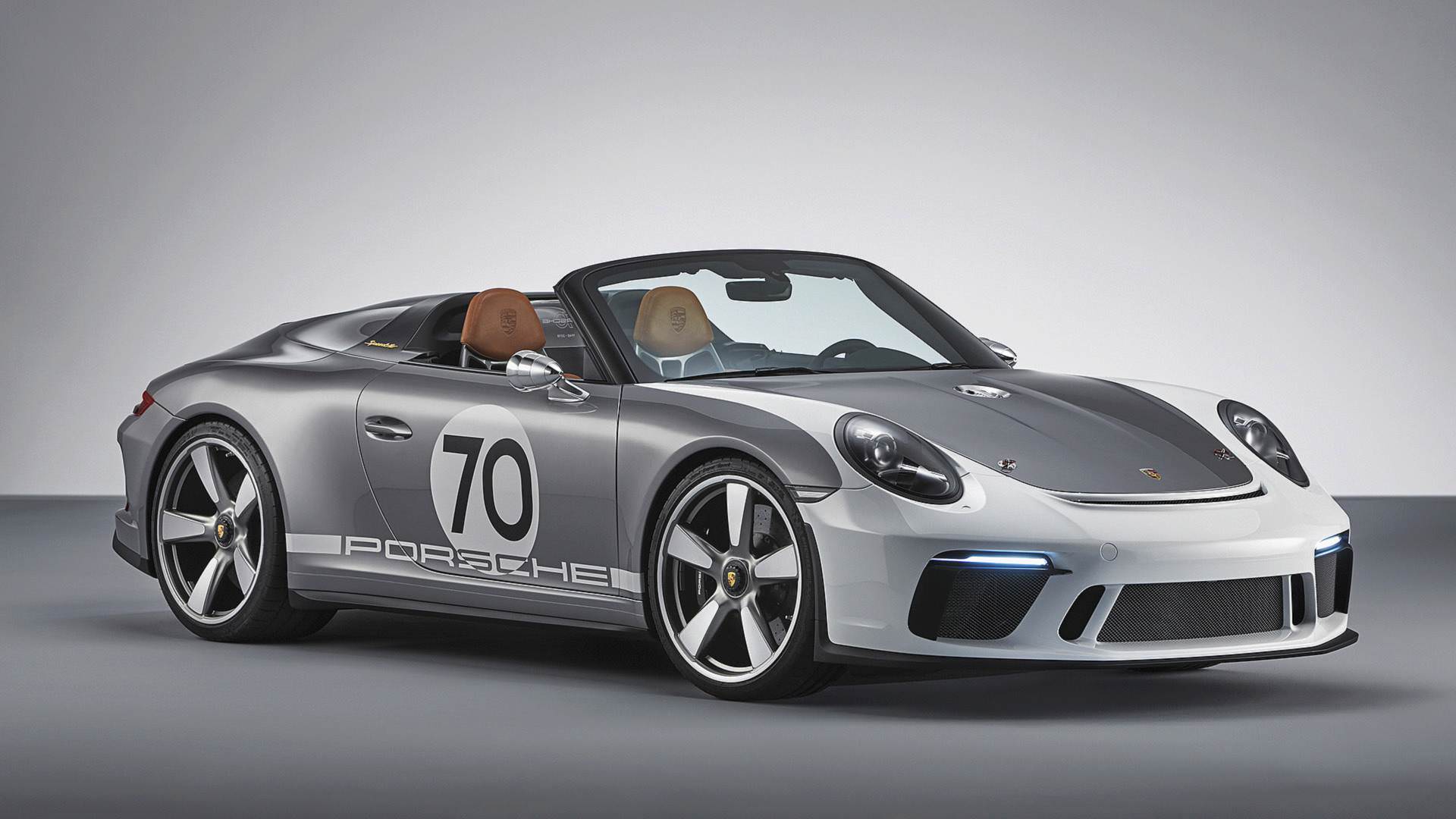 Even more important is that Porsche is bringing the newest Speedster generation back to its original philosophy: a pure driving experience fuelled by lightweight principles and motorsport pedigree. Contrary to the 997 Speedster which was developed as a celebration of Porsche Exclusive, the newest Speedster is a product of Porsche Motorsport and hence is derived from the current GT models. 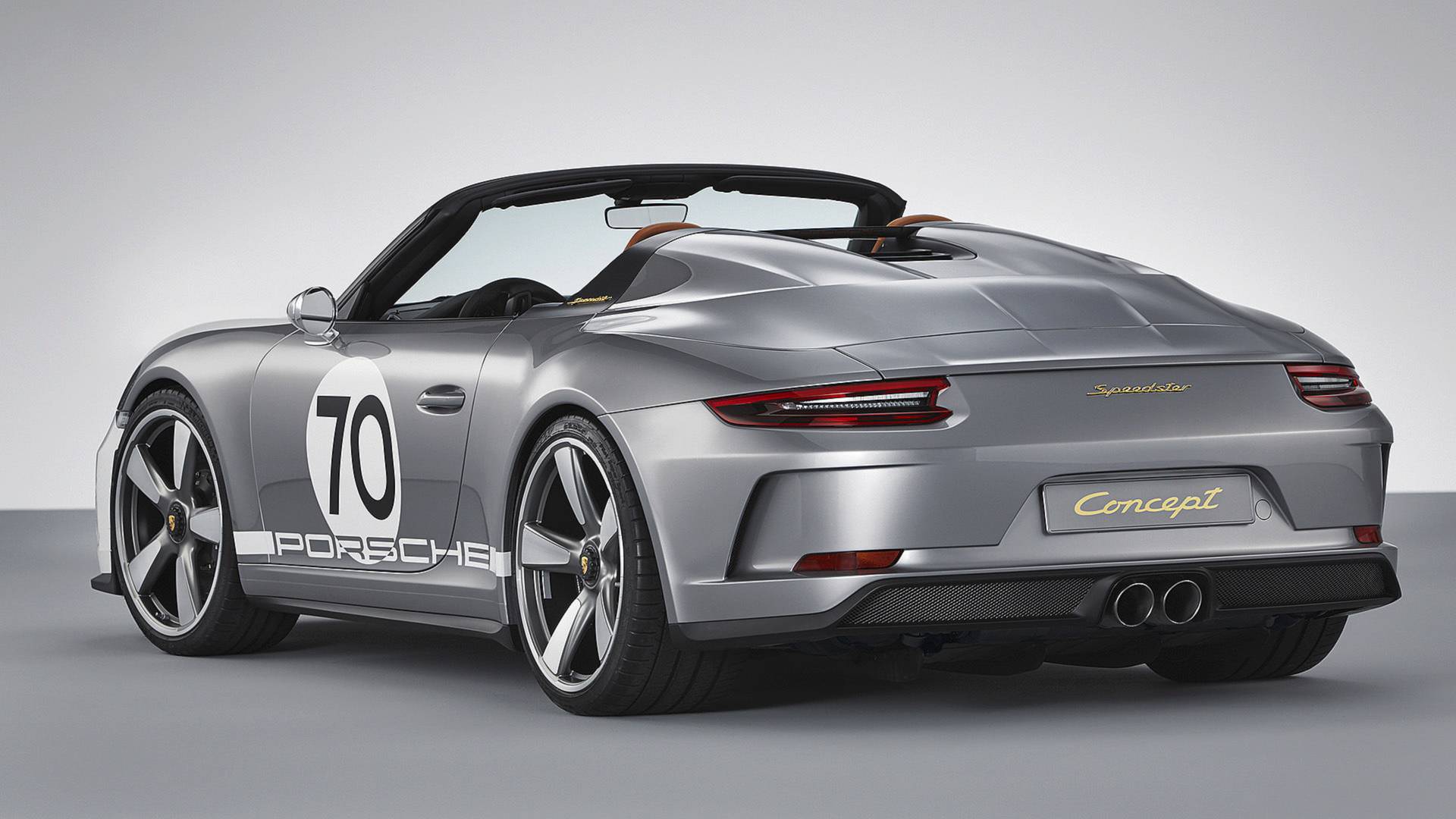 It adds lightness by applying a tonneau cover instead of a convertible top and by deleting navigation, radio and air conditioning systems. The full bucket seats have returned as opposed to the 997's adaptive sports seats. Purely from its looks the new Speedster Concept reminds us mostly of the 964 Speedster. 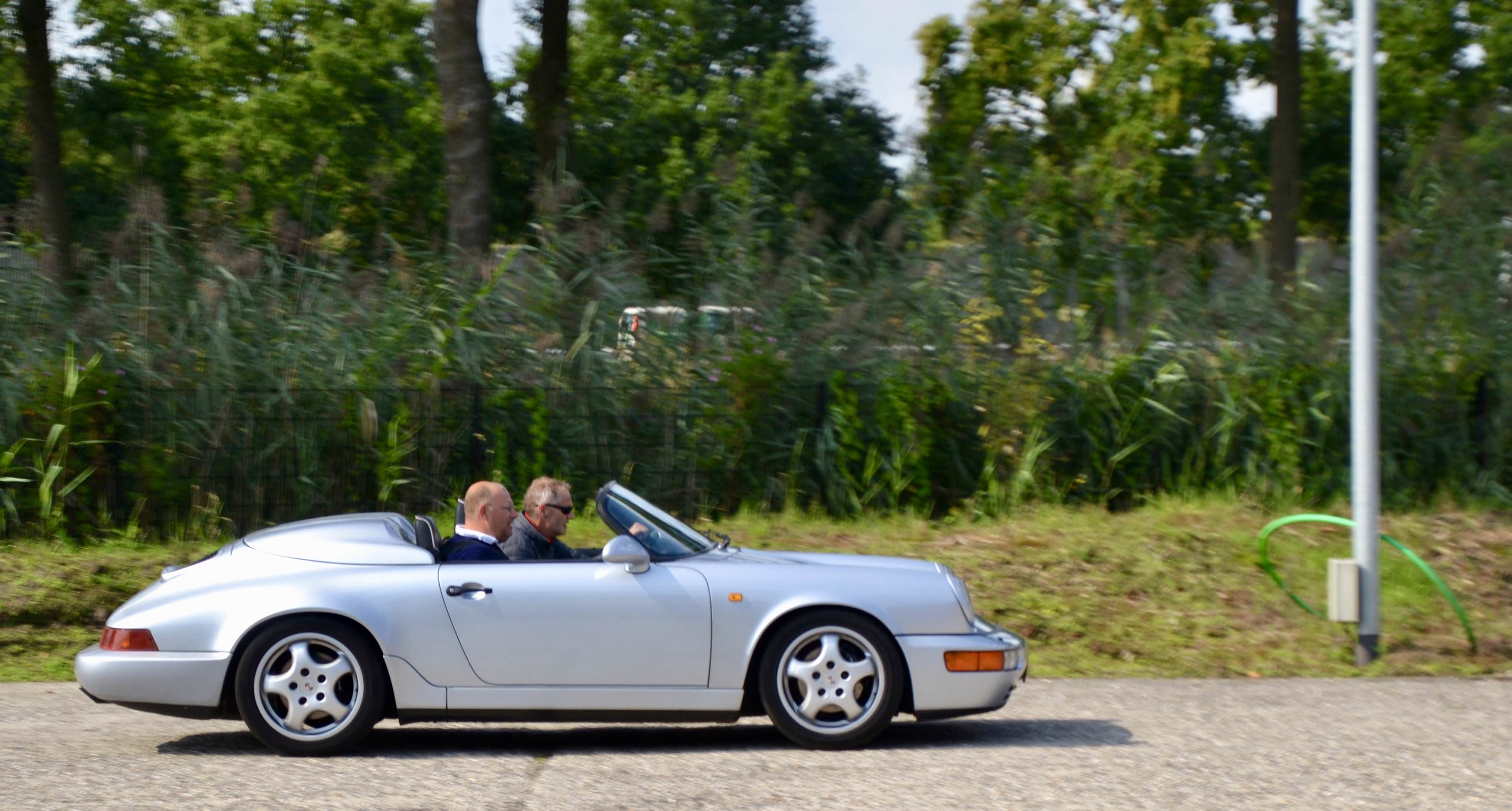 Below its bodywork is where Porsche Motorsport clearly comes into play. The Speedster Concept shares its chassis with the 911 GT3, as it does its 4-litre engine which delivers 500hp peaking at 9,000rpm. The exhaust system is finished with titanium tailpipes and the powertrain is handled through a six-speed manual transmission. These elements are definitely a step up from the 997 model which was PDK-only and essentially shared its engine with the Carrera GTS. Definitely a step back towards the original philosophy of the Speedster. 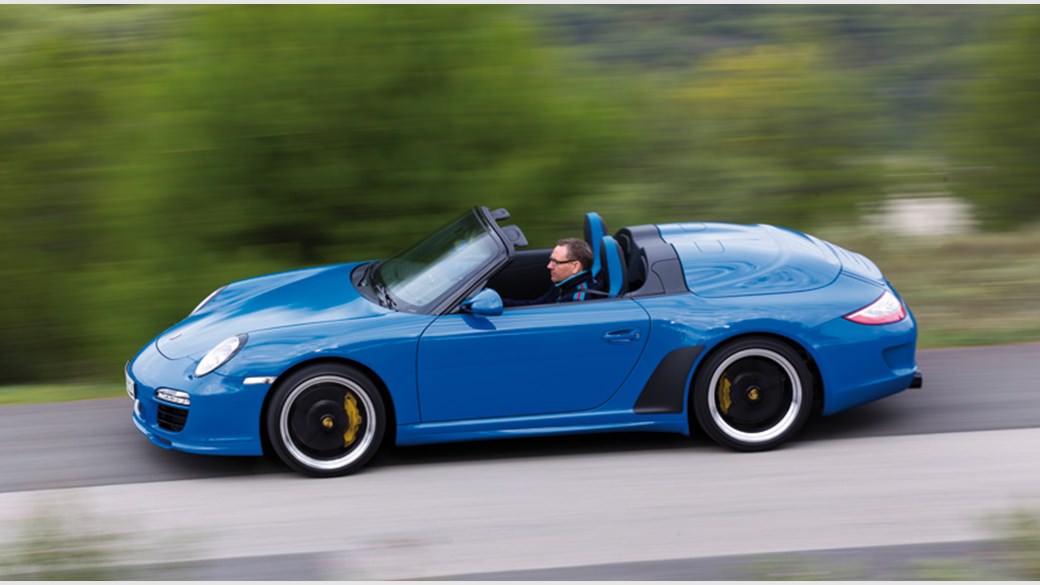 The news of the latest Speedster Concept was still fresh when Porsche presented its second Speedster Concept at Paris Motorshow earlier this month. Thankfully this second iteration kept many of the visual cues supplied through Porsche Exclusive as well as its Motorsport elements. 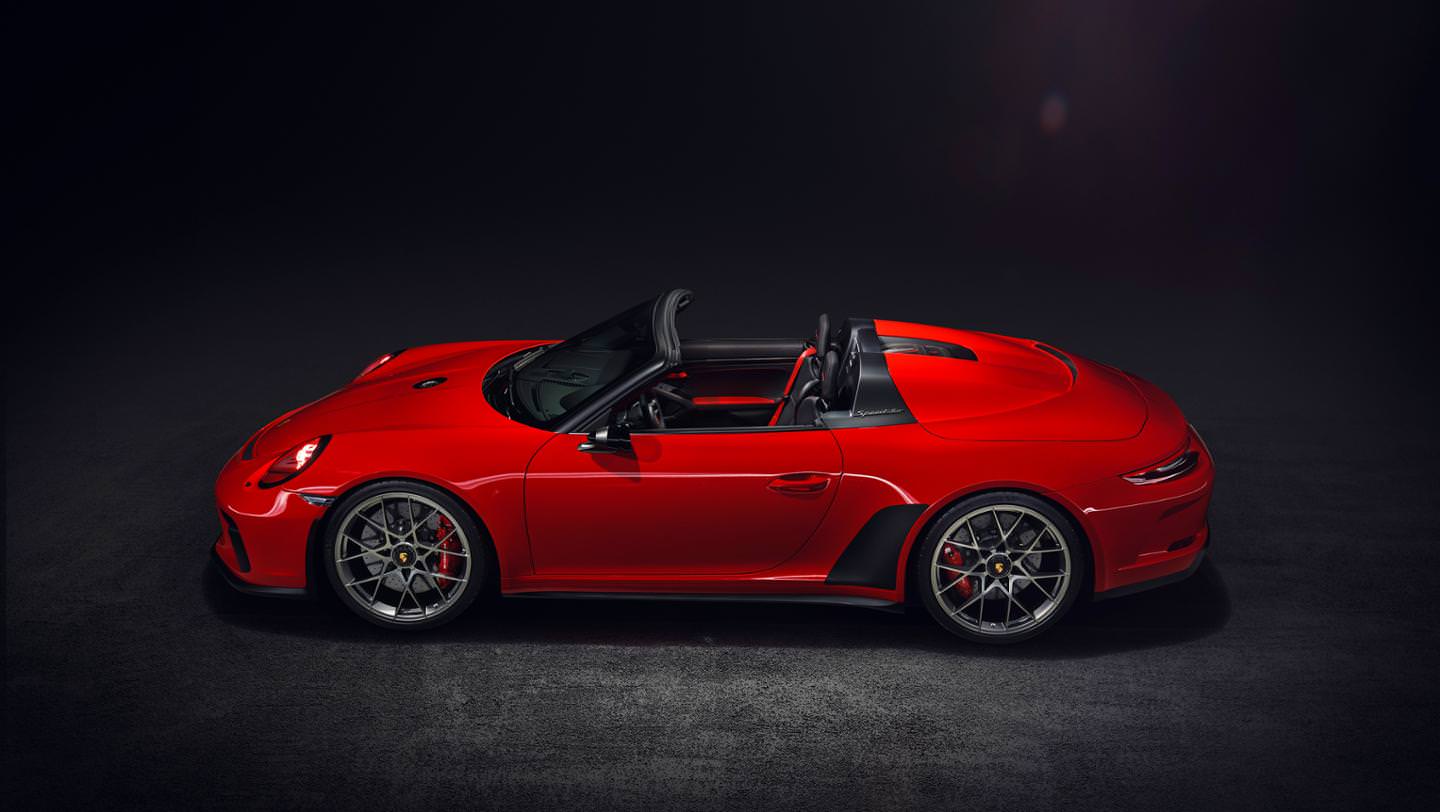 It was presented in a classic Guards Red paintwork as reference to the wonderful '88 G-series Speedster. 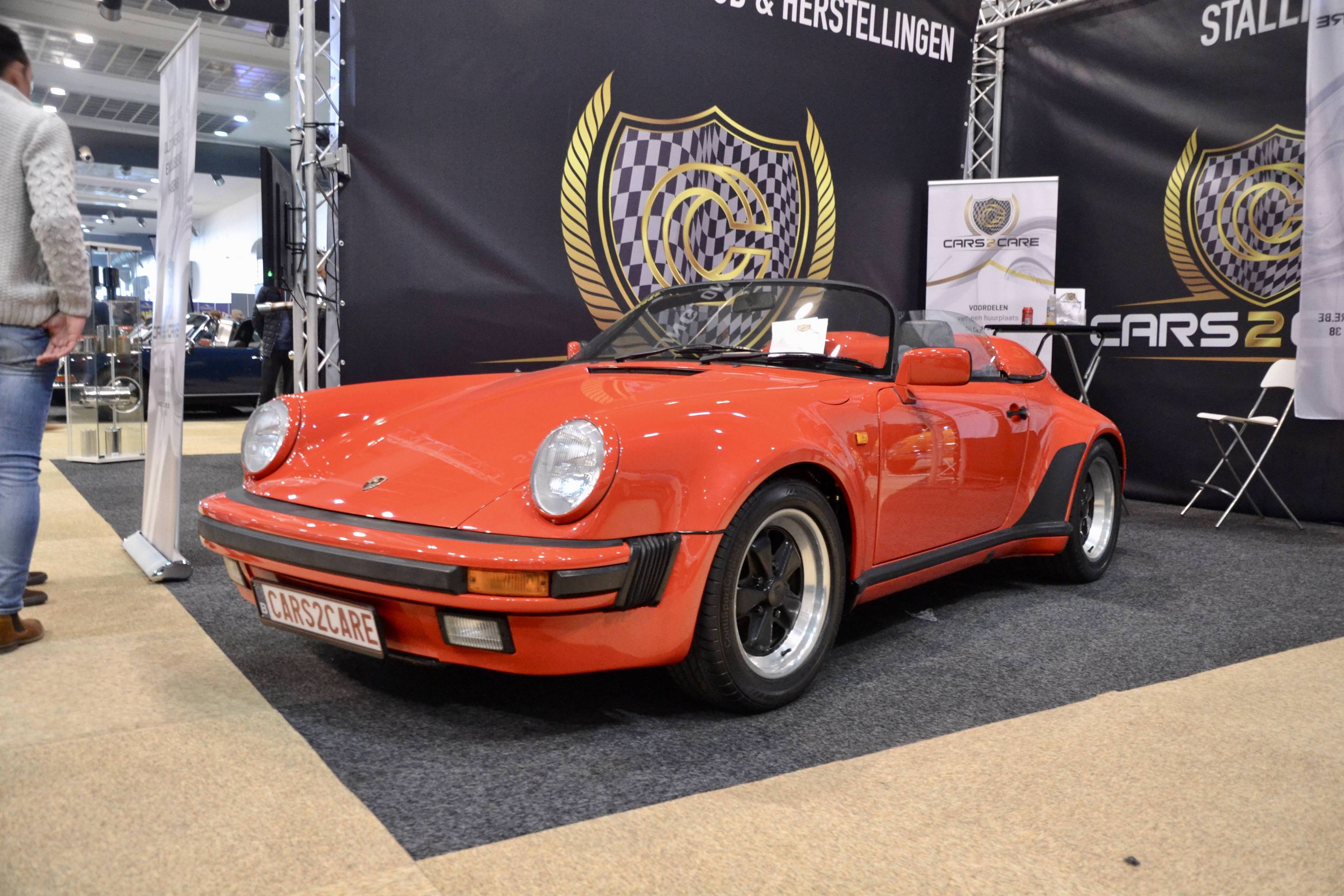 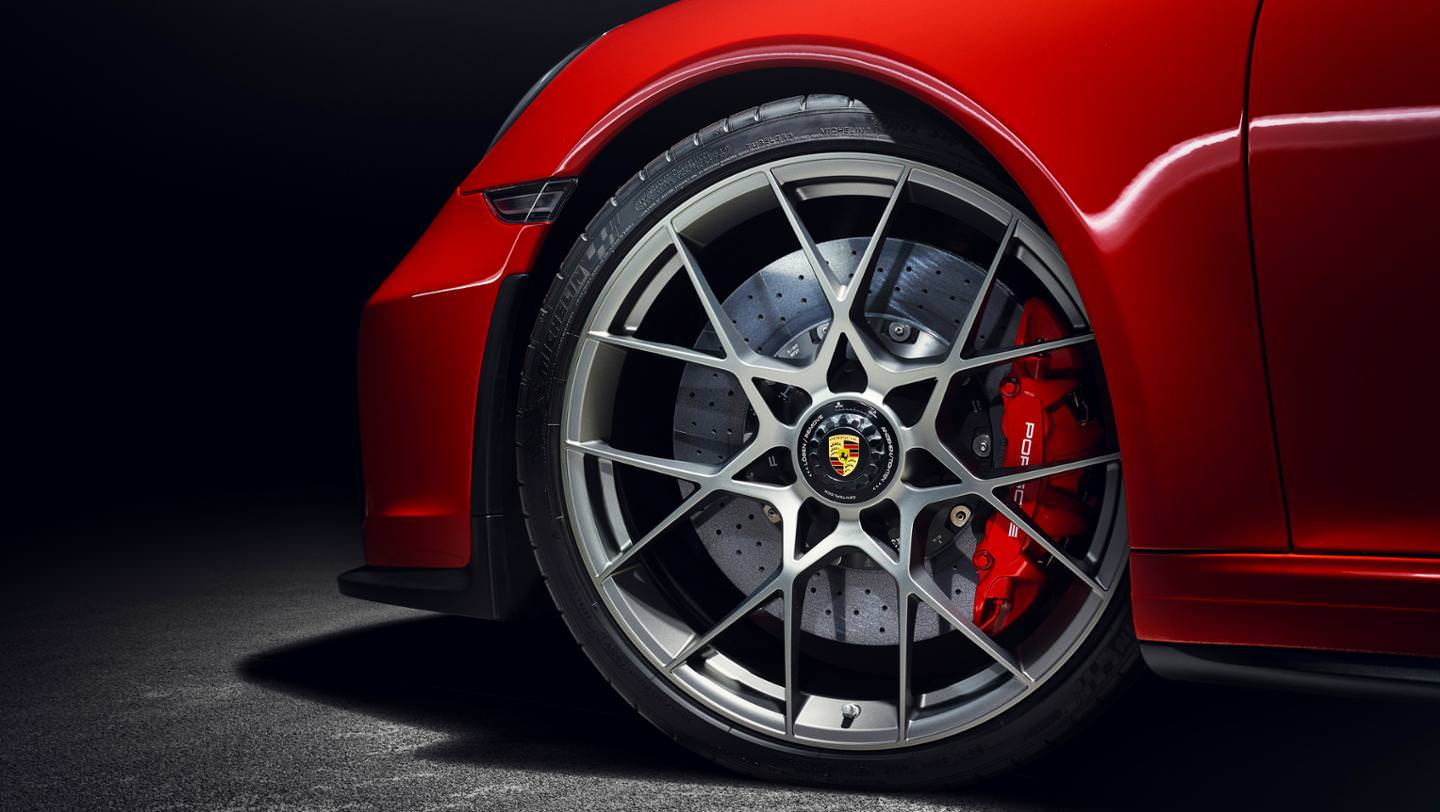 The two-tone paint from the initial concept will remain available as a Heritage Design package for the true enthusiast. This has given way to speculation of the wide array of PTS configurations possible, some of which may as well end up to be extremely classy. The Speedster's body is based on the 911 Carrera 4 Cabriolet, where the rear bonnet and fenders are made from carbon fibre composite. The engine, chassis and drivetrain remain the same as that of the first concept car. 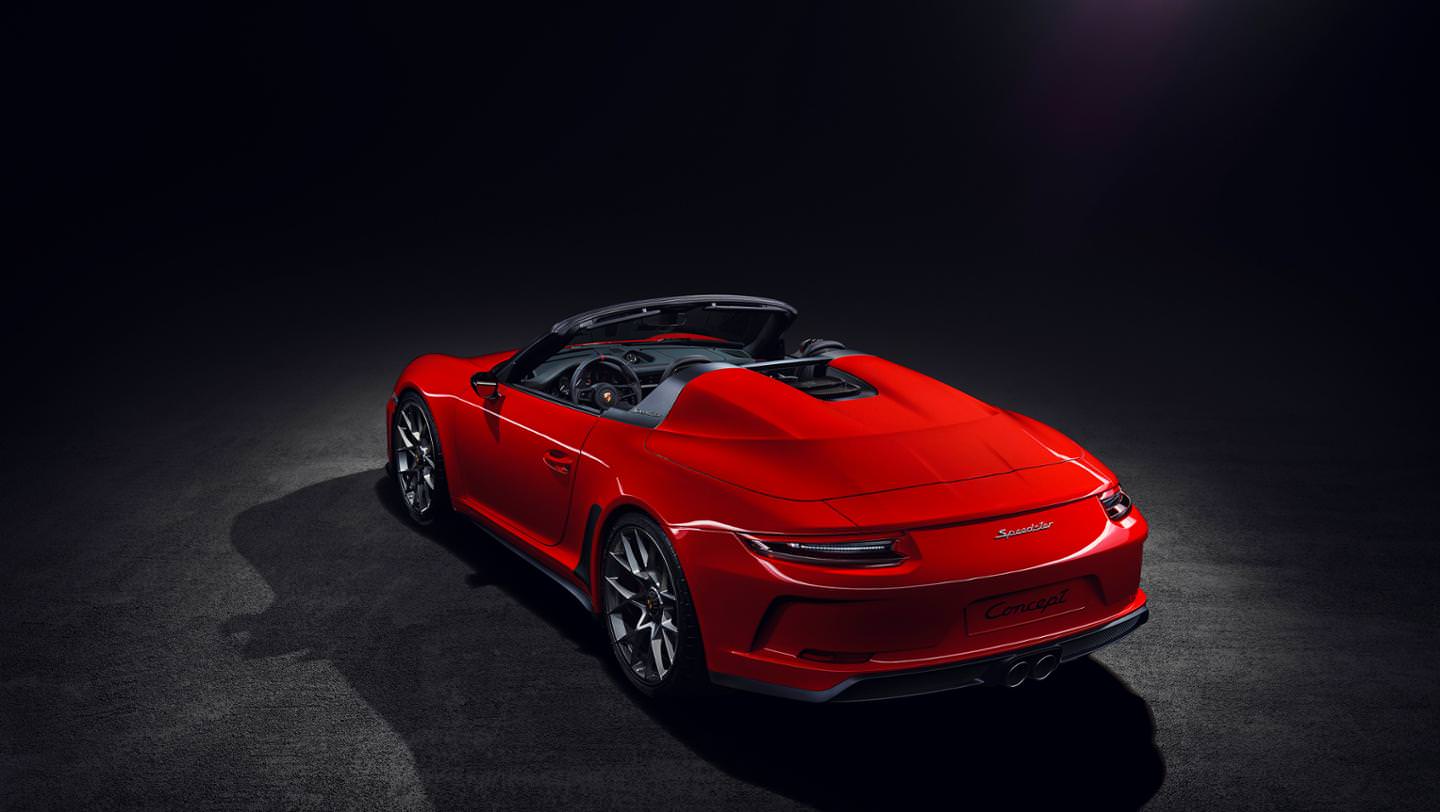 Exactly 1948 cars will be built for delivery in 2019, which means that the 997 Speedster will remain the most rare generation of this topless 911 at 356 units built. The impact on speculation is still to be assessed, but it can already be said that the 991 Speedster is bringing this particular 911 back to its original purpose regardless of its production number.
Photo credits: Porsche Newsroom, CAR Magazine
RELATED BLOG ARTICLES
Rennsport in the snow: Porsche Days 2019 Mid-April blues did not keep us from visiting the biggest Porsche meeting of Continental Europe. These are our impressions of the 2019 Porsche Days at Spa Francorchamps.
The highlights of this year's Porsche Days This year's Porsche Days were sunny, colourful and full of very special 911s. We shed a light on the most spectacular cars and other notable observations.
Another GT3 RS to raise the bar The updated 991 GT3 RS got a widely covered introduction. The GT3 RS has come a long way since its original launch 15 years ago. We take an in-depth look at the hardcore 911’s remarkable track record - pun intended.