The latest and greatest lightweight 911 smashed its way onto our screens already early in the year, with leaked pictures hitting the Internet even before the embargo was lifted officially. 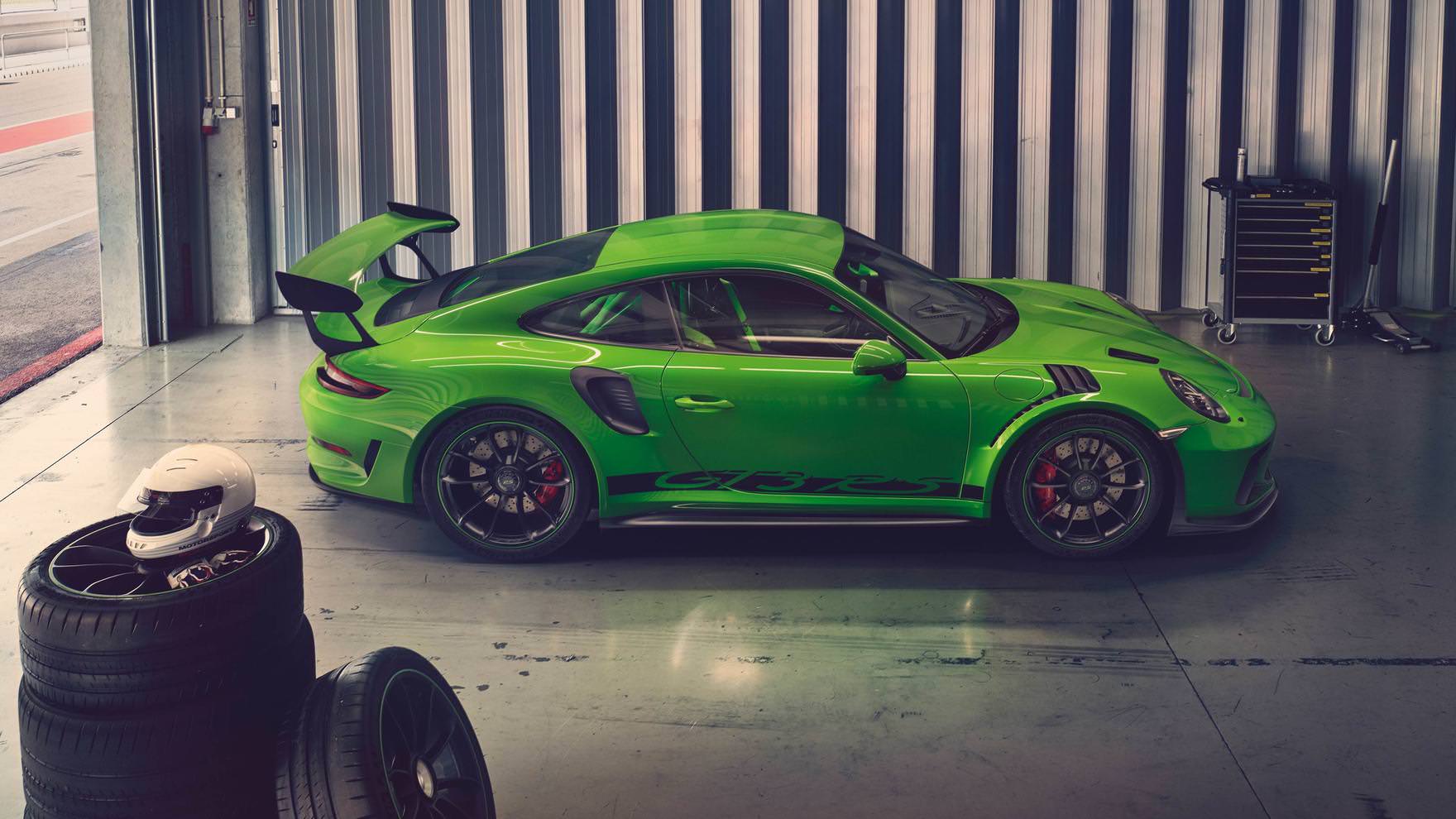 On the outside the new GT3 RS seems to evolve little versus its illustrious predecessor. The devil is in the detail, which in the case of any Rennsport product means that the evolution is hidden behind the number of splitters, air intakes, aero-slats and, of course, the conspicuously large rear spoiler. The latter is positioned slightly higher, which combined with a new rear diffuser seeks to increase downforce even further. 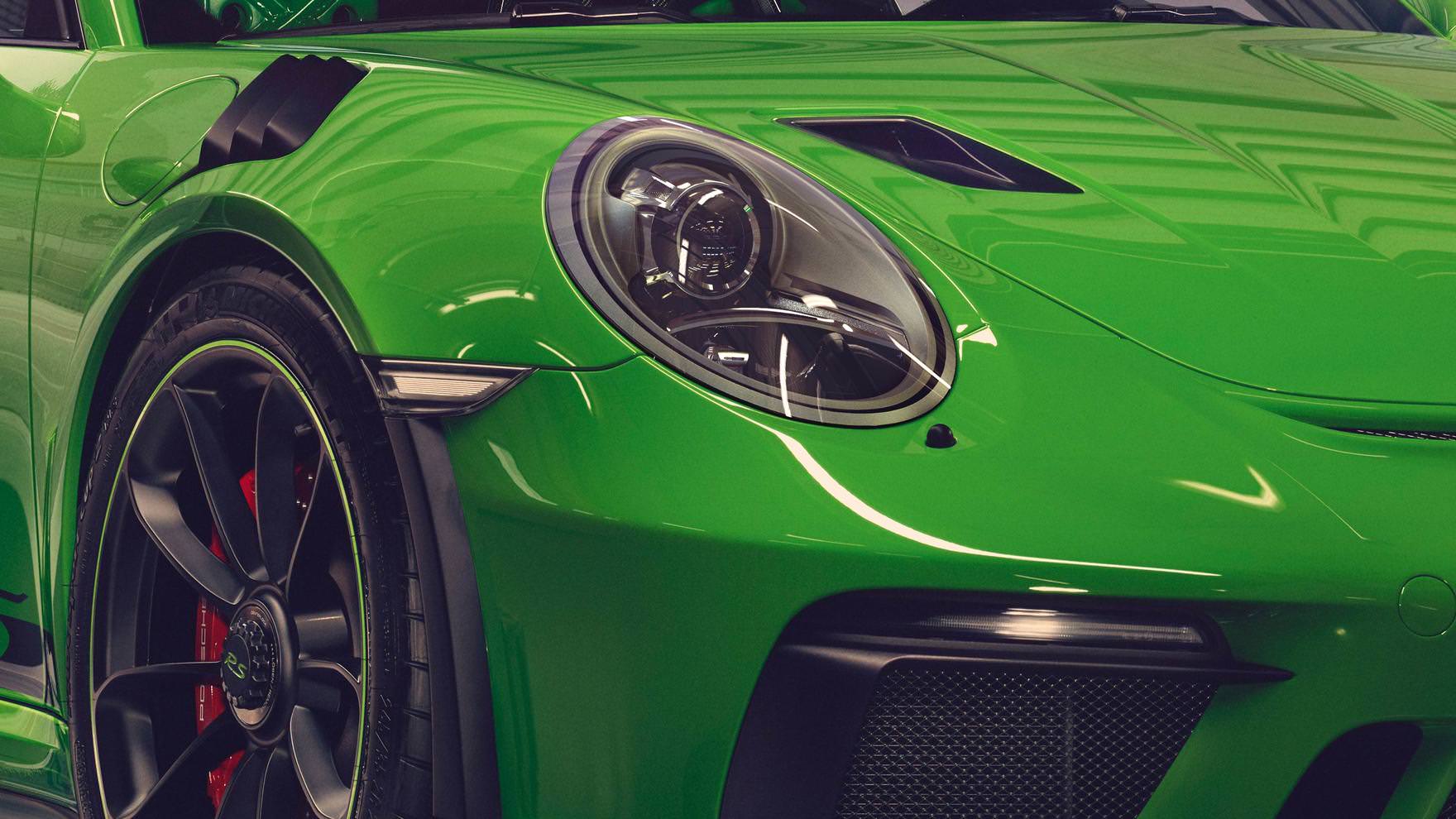 The magnesium roof and thinner side and rear glass are standard, as is the case for the GT2 RS. The new GT3 RS shares more with its top-of-the-bill sibling than meets the eye. To increase aerodynamic performance the new GT3 RS borrows a lot of the GT2 RS’s chassis components, such as the spring rates which are now doubled versus the previous generation car. 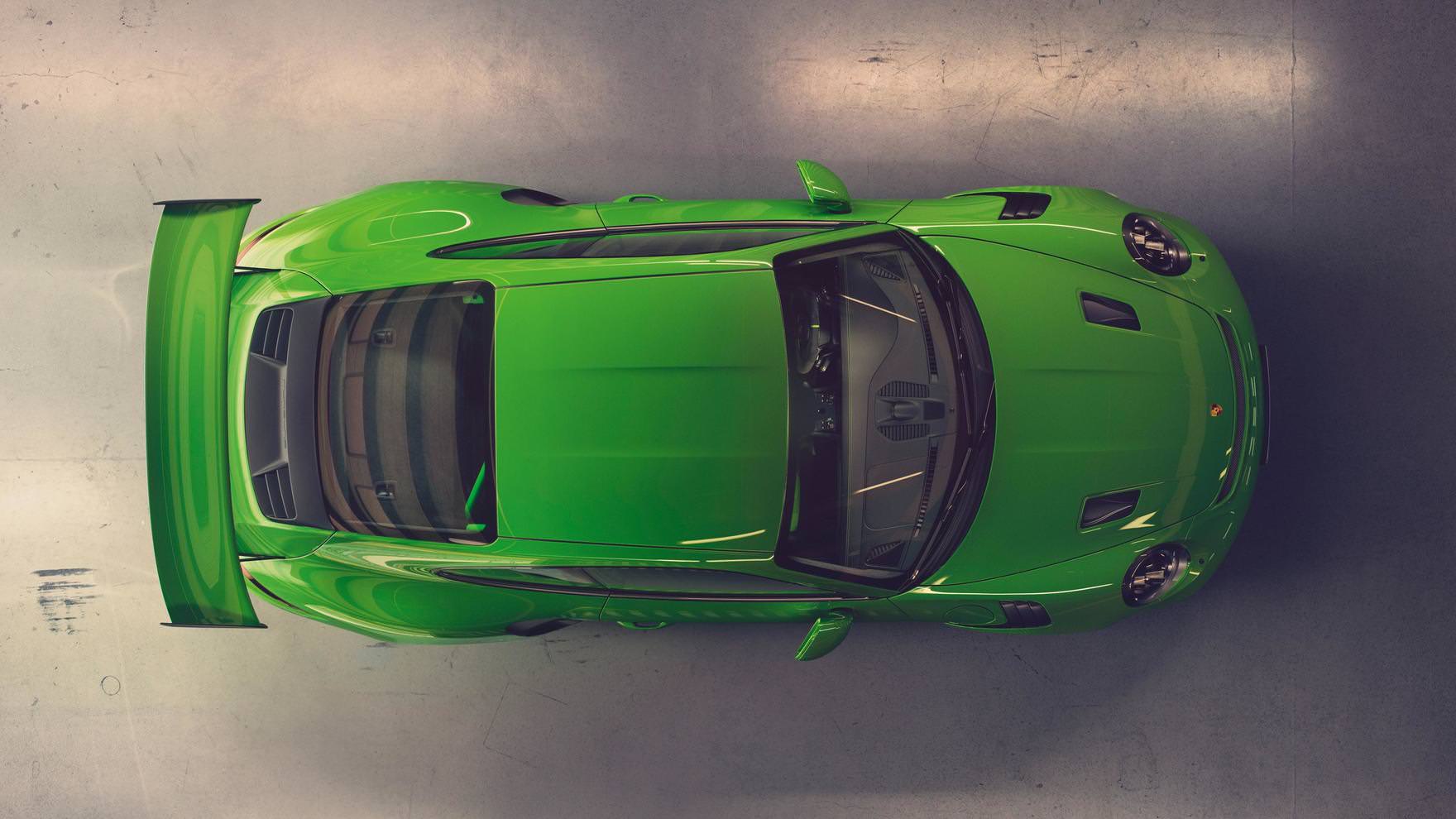 Porsche has adapted the PASM dampers for this latest GT3 RS, recalibrating them for increased precision and tactility to further distinguish the RS as a trackway weapon from the less hardcore stock GT3.

At the heart of the GT3 RS is still a naturally-aspirated 4-litre engine, this time producing 520hp which is a 20hp hike over the first generation RS. At 3.3 seconds it sprints a tenth of a second quicker to 100kmh than the previous car. Maximum torque is at 470Nm for the flat six that sings up to max 9,000RPM through its new titanium exhaust pipes. Fitted with the optional Weissach Package the new GT3 RS weighs only 1412kgs, shaving another 18kgs versus the standard version. 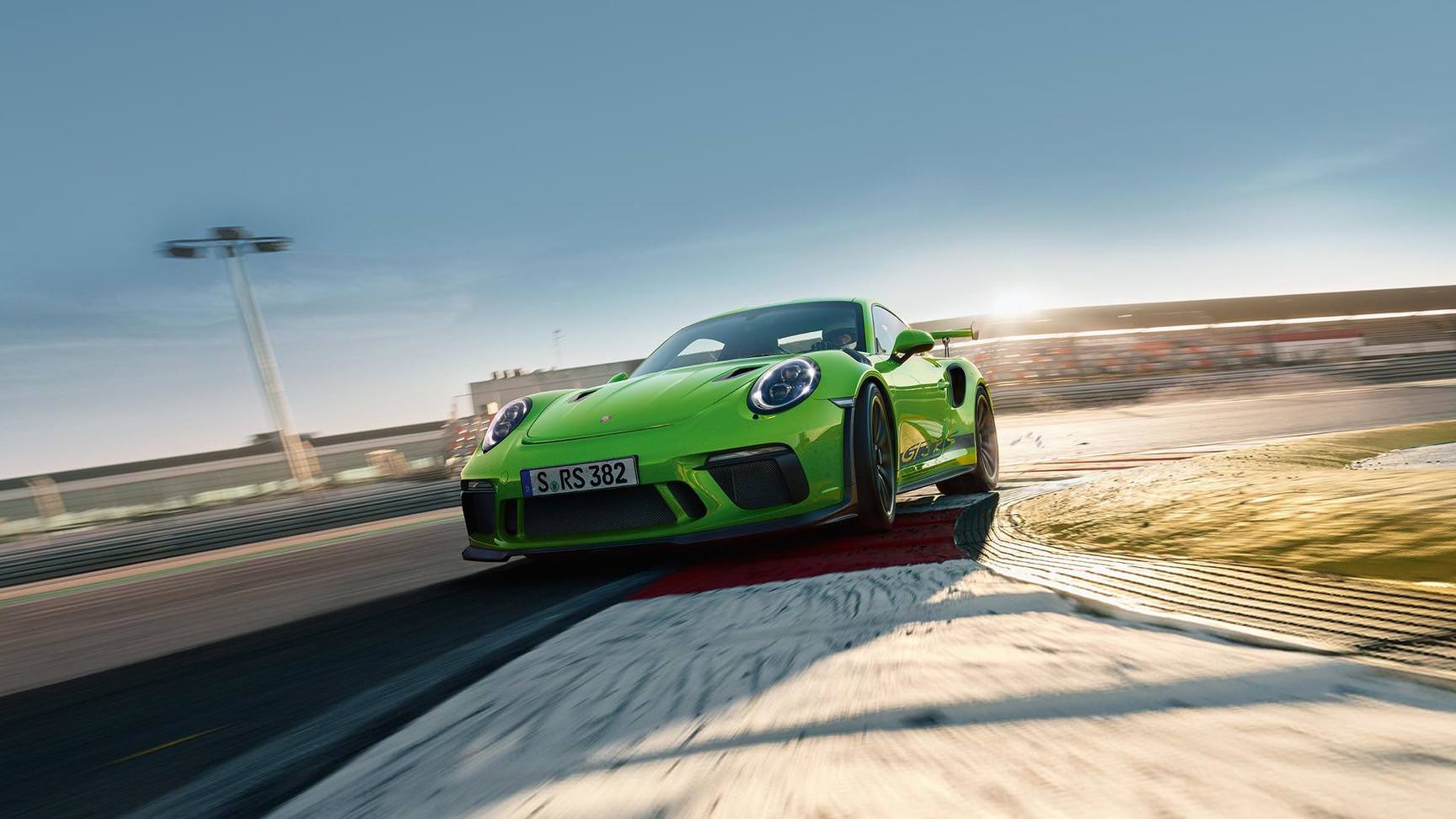 Where the return of the manual gearbox for the latest GT3 left many enthusiasts hoping to see the same for its hardcore sibling, there is no manual gearstick to be seen in the updated RS. The GT3 RS keeps the PDK’s ultrafast gear changes, in line with the car’s objective to be the ultimate track tool. Porsche means business when its says the GT3 RS is there to deliver the best lap times. 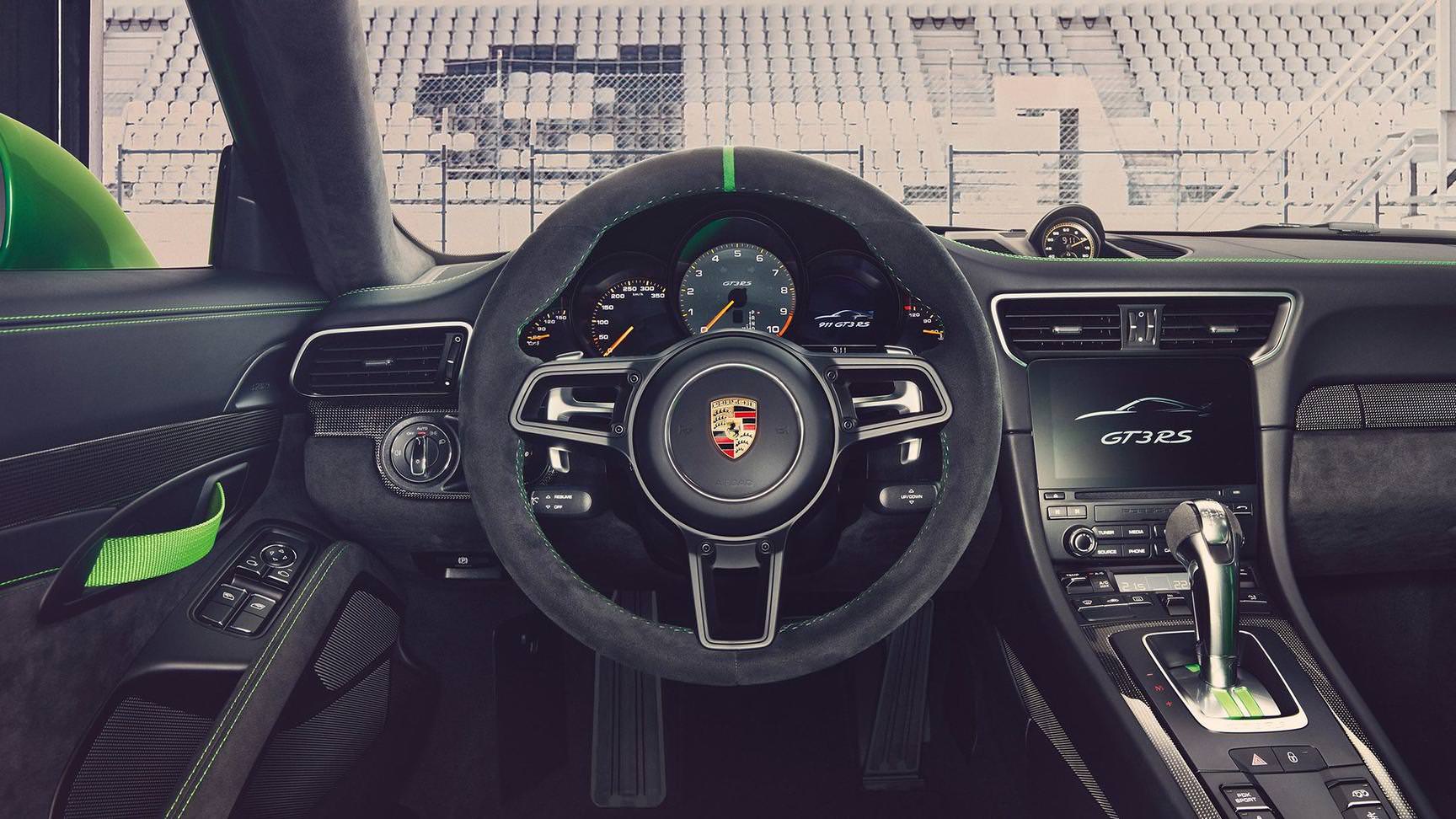 The GT3 RS sure has come a long way since its introduction to the 911 range 15 years ago. Finished in Carrara White with either Riviera Blue or Guards Red decals and painted wheels, the first GT3 RS was at the time a much less common car than it turned out to be today. It was 2003 and the concept of the trackday car was still in its early stages. It perhaps was somewhat quirky, the idea to pay more for a car that delivers less comfort and has looks that are inexplicable to any non-petrolhead. 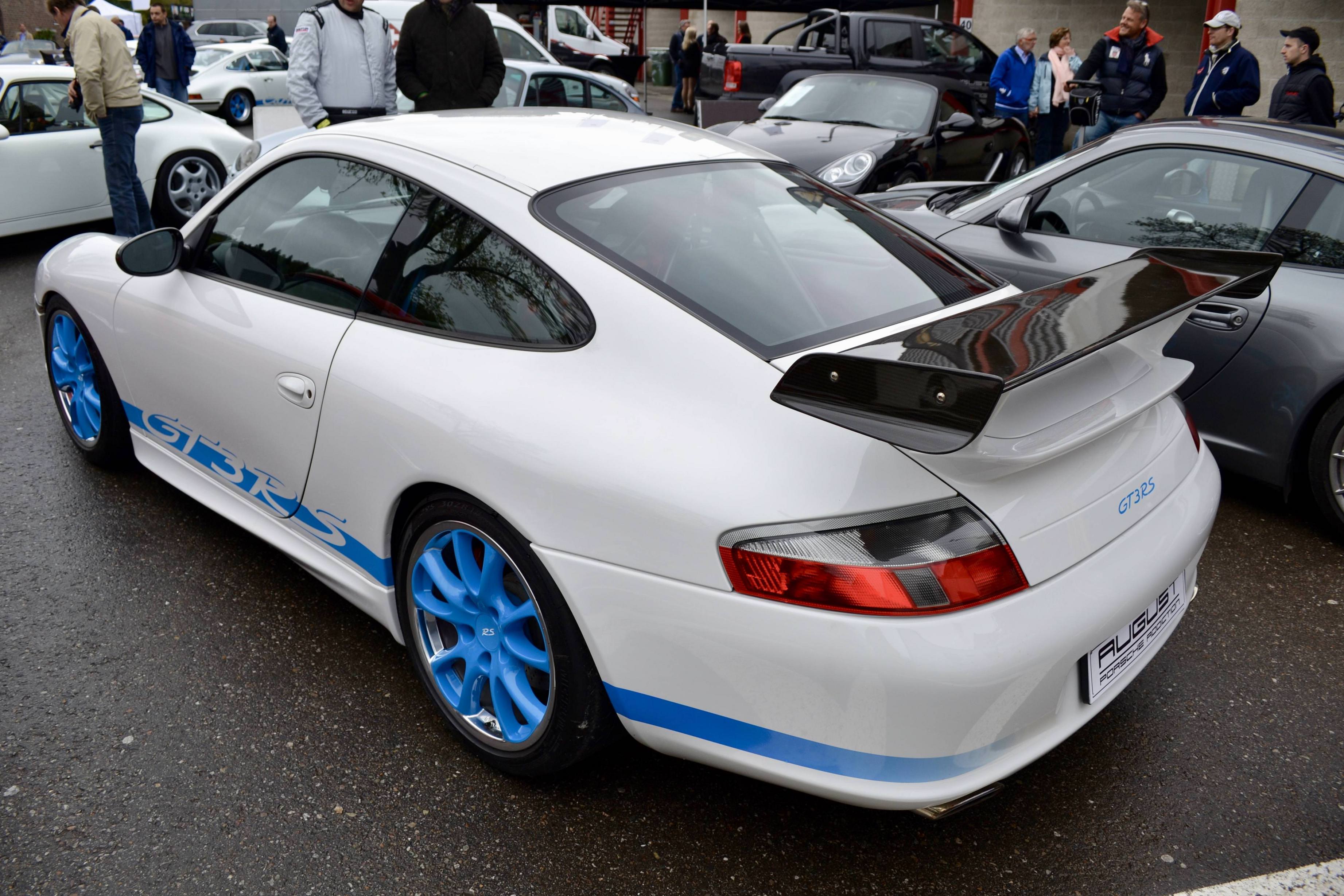 In a way, the GT3 RS was Porsches answer to this new and upcoming segment where Ferrari offered the 360 Challenge Stradale and Lamborghini its stunning Gallardo Superleggera. Both cars beat the 911 in power output, but not necessarily in performance around the track. This has always been the GT3 RS’s proof of concept: a lighter, stiffer 911 that brought handling to another level. A new king of the track was born. Current prices swing between €125,000 and €250,000 for “new old stock” versions, which is relatively good value considering the very low production numbers. 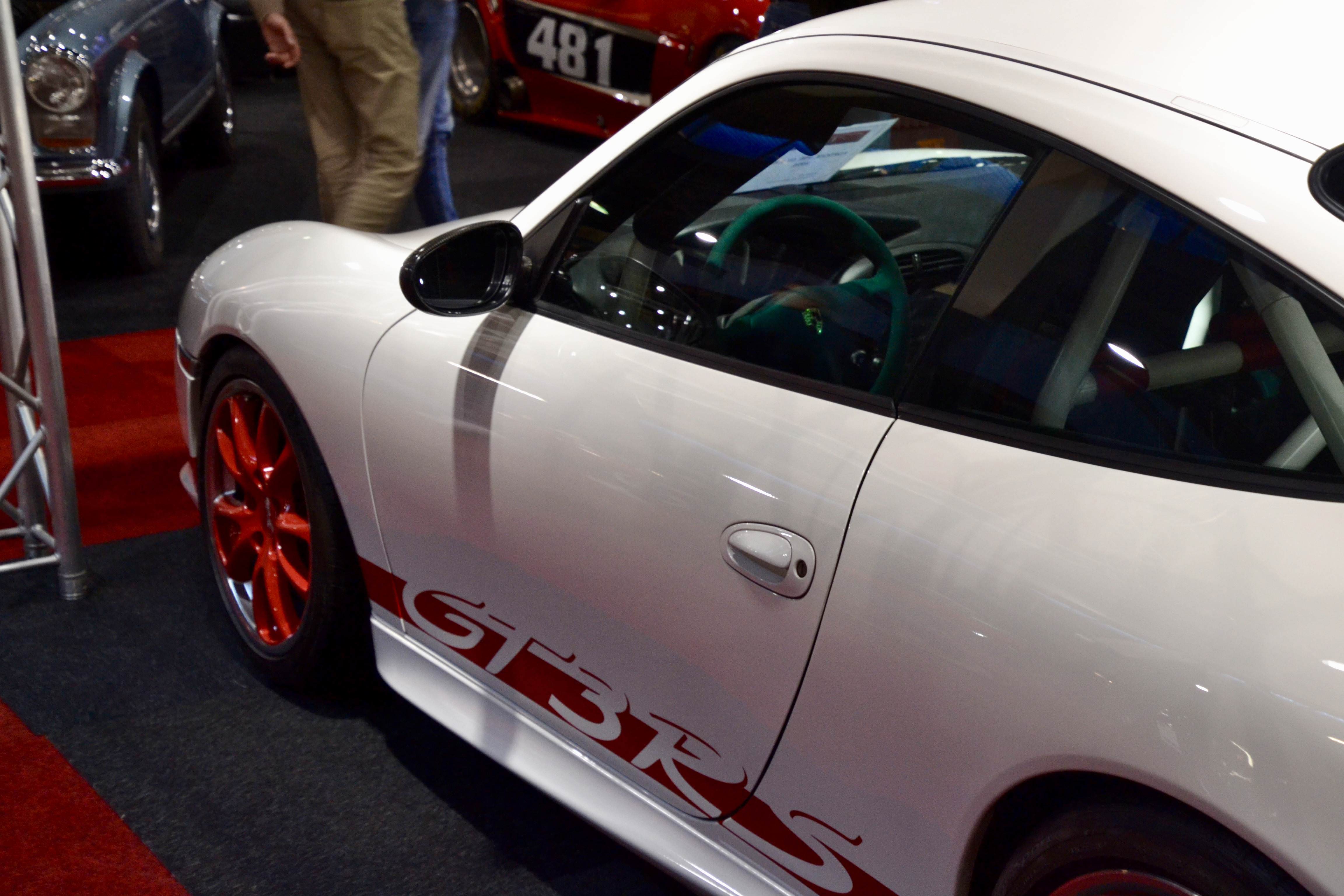 Enter the second generation GT3 RS in 2006, the first of the 997 generation, which captured the exact same philosophy that made its predecessor so mythical. The trackday car segment was now a more established phenomenon in supercar land and it seemed not more than logic that the 911 would once again return to raise the bar. The 997 provided a significant power hike of 54hp versus the 996 while adding only 15kgs of extra weight, making it even more notorious on the track. 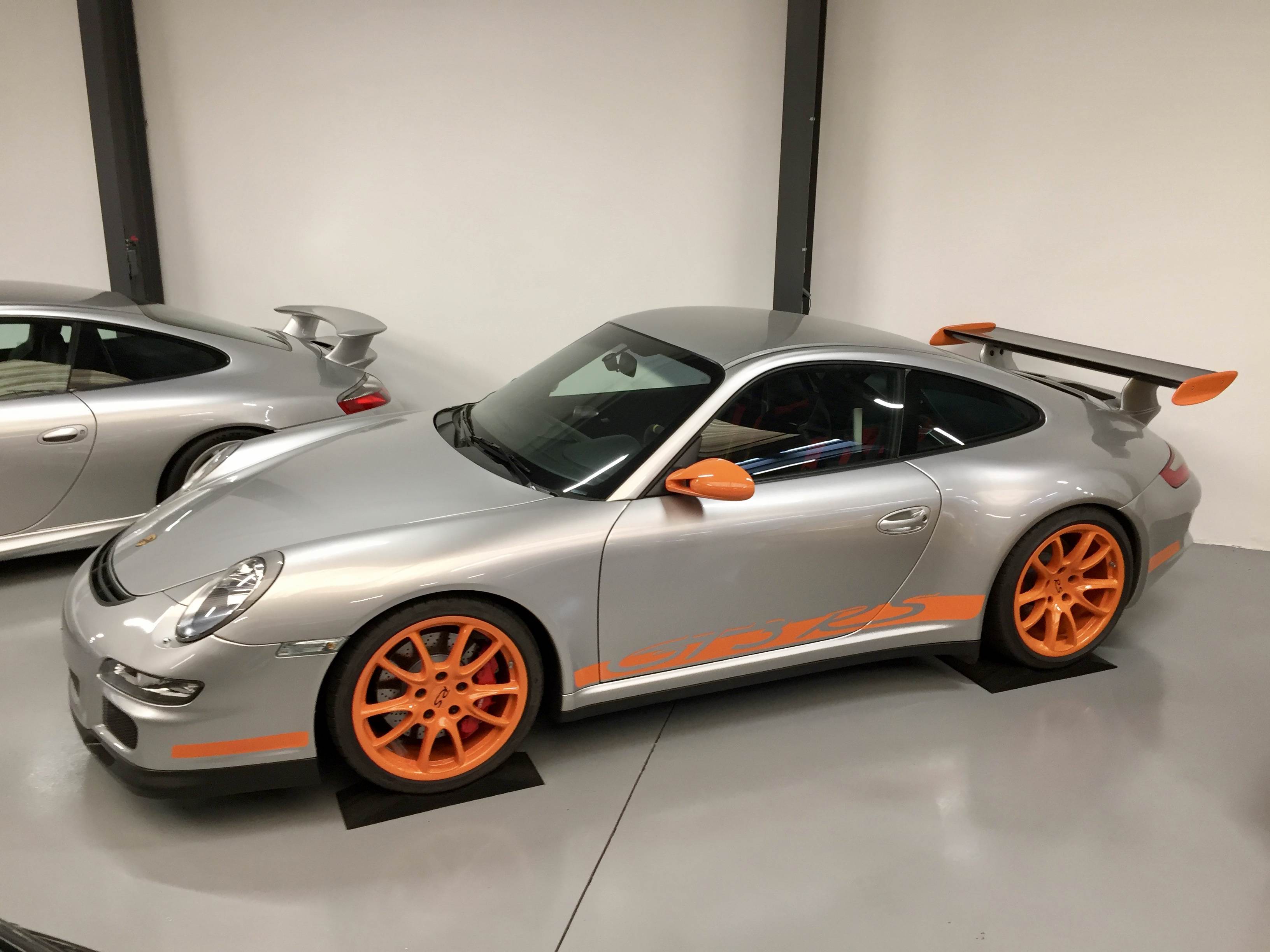 The 997 kept the carbon fibre spoiler but shed the vintage Rennsport livery for a set of new decals: orange with black, black with orange, silver with orange or green with black came as standard combinations. The RS shared its body shell with the Carrera 4, making it wider at the rear than the standard GT3 and giving it a bigger grip advantage during cornering. 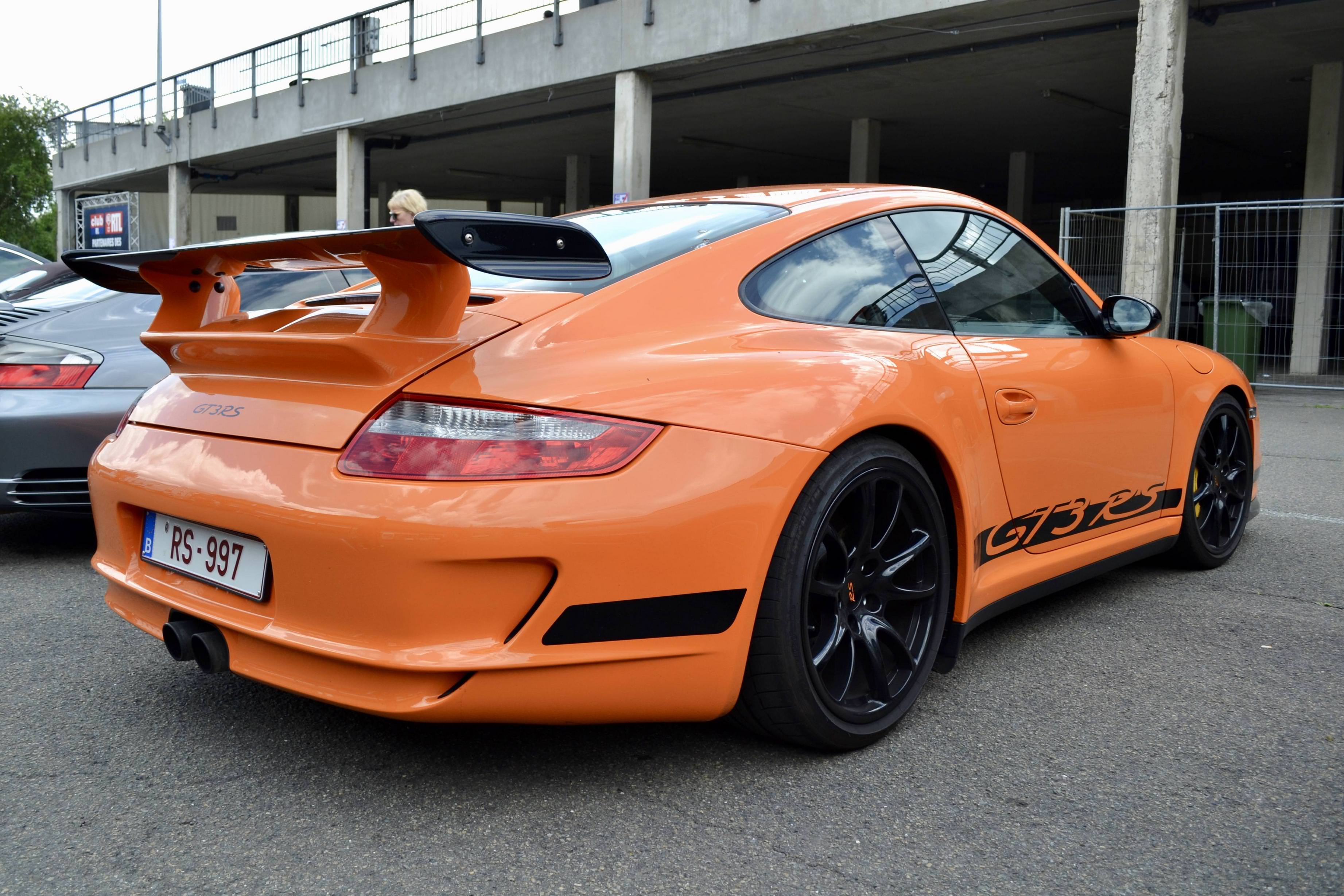 After four years the facelift 997 GT3 RS was introduced, featuring a new 3.8-litre flat-six pushing power output up to 450hp at 7,900RPM. The updated RS shared some of its updated hardware with the GT2 RS and was fitted with wider front arches, hiding a wider front track. The now adjustable rear spoiler was updated to visibly stratospheric proportions. And it no longer had any door handles on the inside… 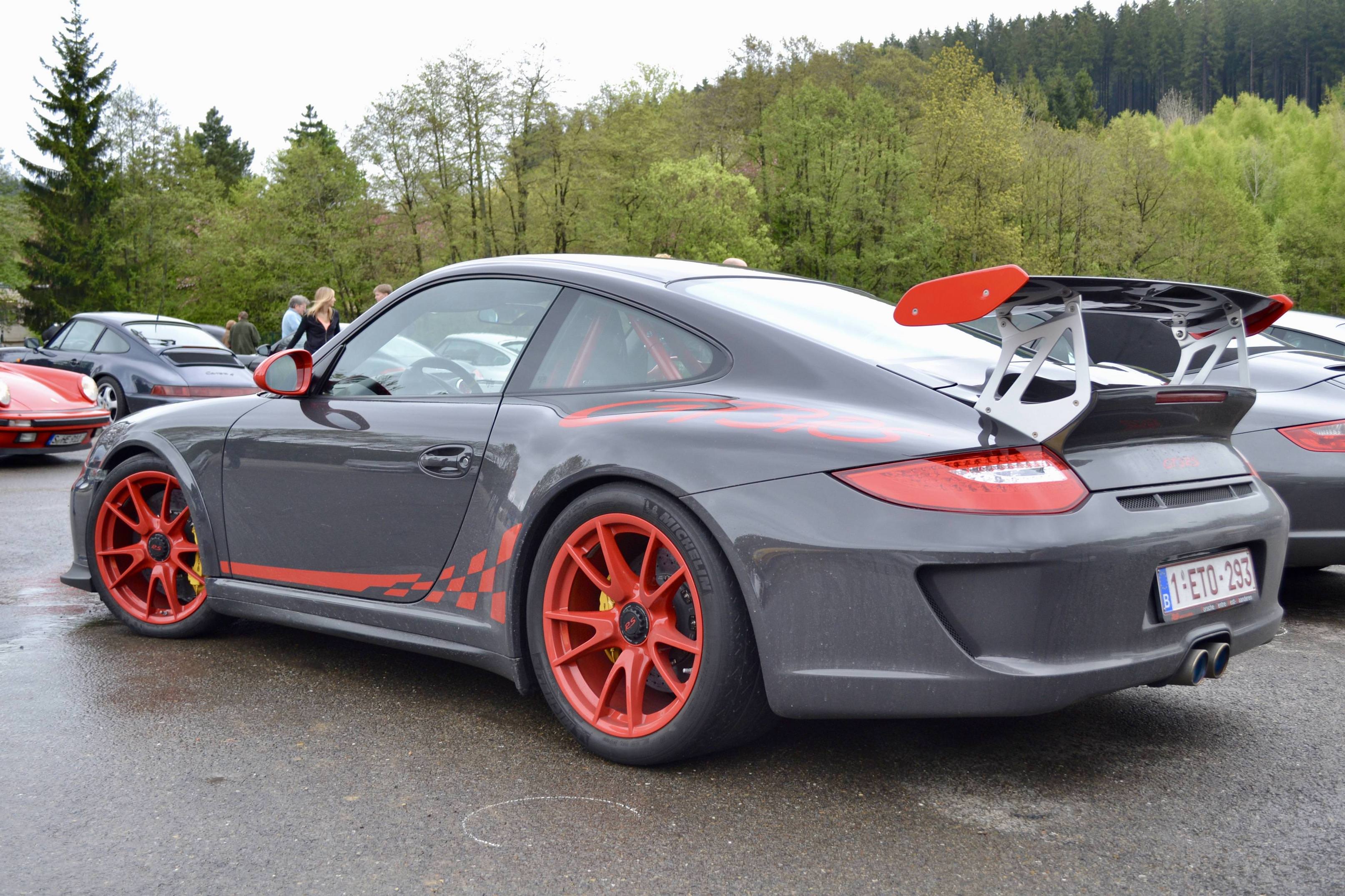 The updated version of the 997 GT3 RS gained notoriety in 2011 when it finished in 13th place in the 12 Hours of the Nürburgring in near-stock trim, driven -among others- by a certain Chris Harris. The car supposedly covered the 306 kilometres to and from the event as well.

In 2012 Porsche gave its iconic Mezger engine its final salute in the form of a limited edition GT3 RS 4-litre. With 500 naturally aspirated horses, it was the Porsche’s most powerful non-turbocharged 911 ever. Only 600 units were built, selling out faster than it took to pronounce the car’s full name. 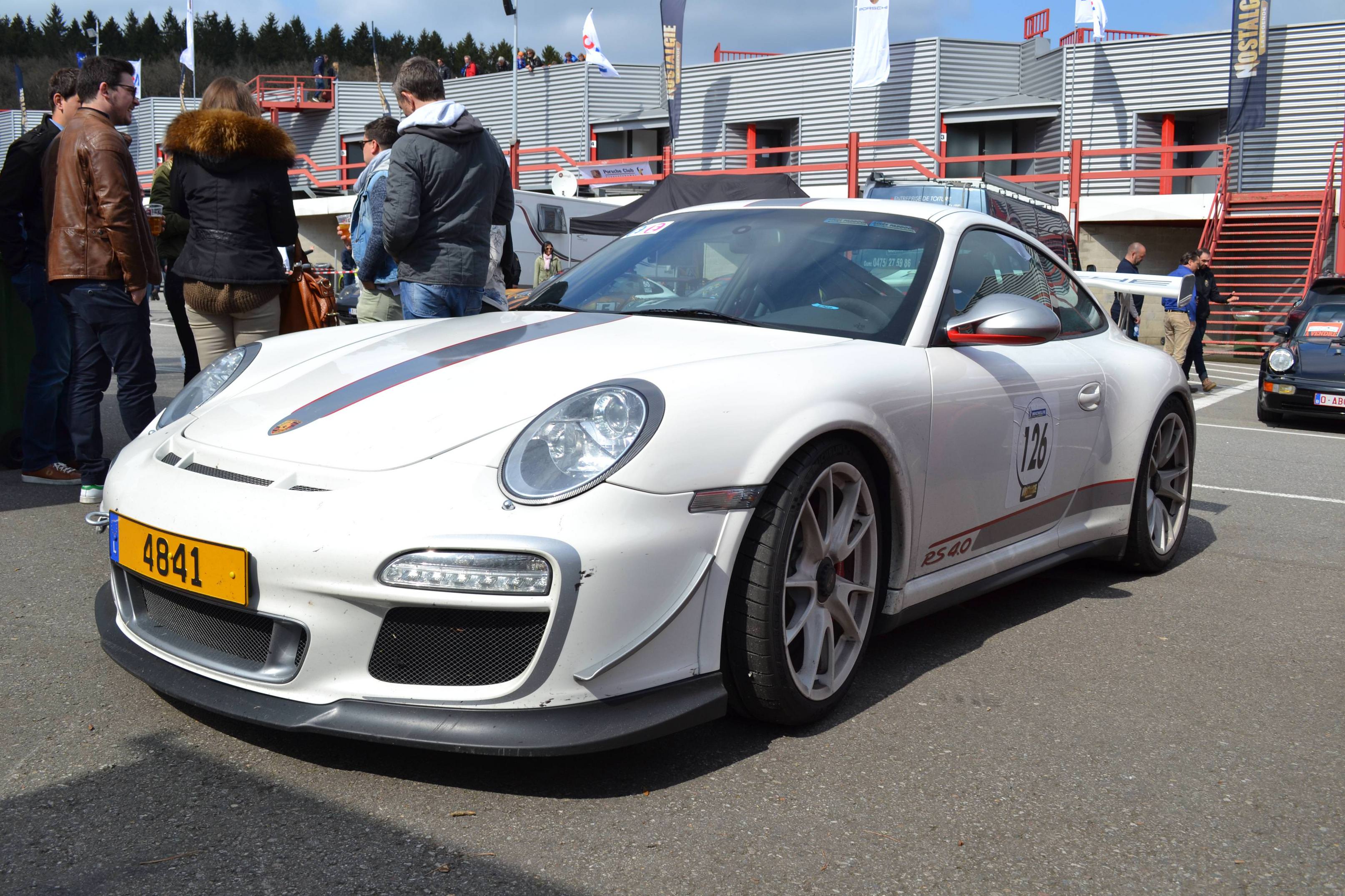 Porsche introduced the world to the latest 991 GT3 RS at the Geneva Motor Show in 2015. Just like its GT3 sibling of the same generation, and much to the dismay of many enthusiasts alike, it came in a PDK-only trim. The manual gearbox in the GT3 RS had officially died with the 997 generation, most likely as it was no longer an option without having to compromise on performance improvement at current standards. 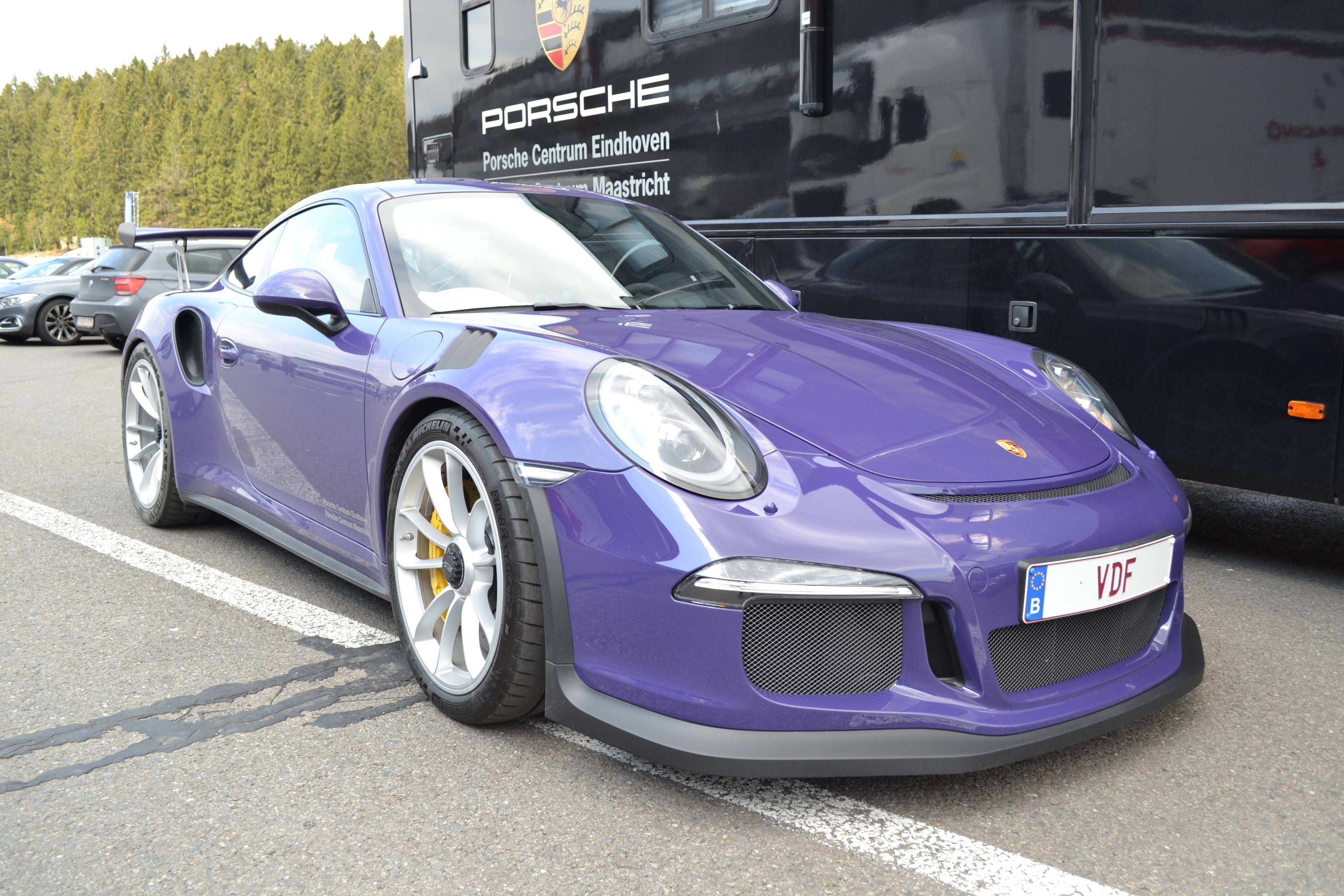 The biggest exterior updates for the 991 GT3 RS were the louvers included in the front fenders and the Turbo-like side intakes in the rear fenders. Both interventions helped to improve aero by channeling out air turbulence at high speeds. The car featured a magnesium roof to shed further weight. A colourful palette of new finishes was introduced as well, with Lava Orange and Ultraviolet being the killer colours for the newest RS. 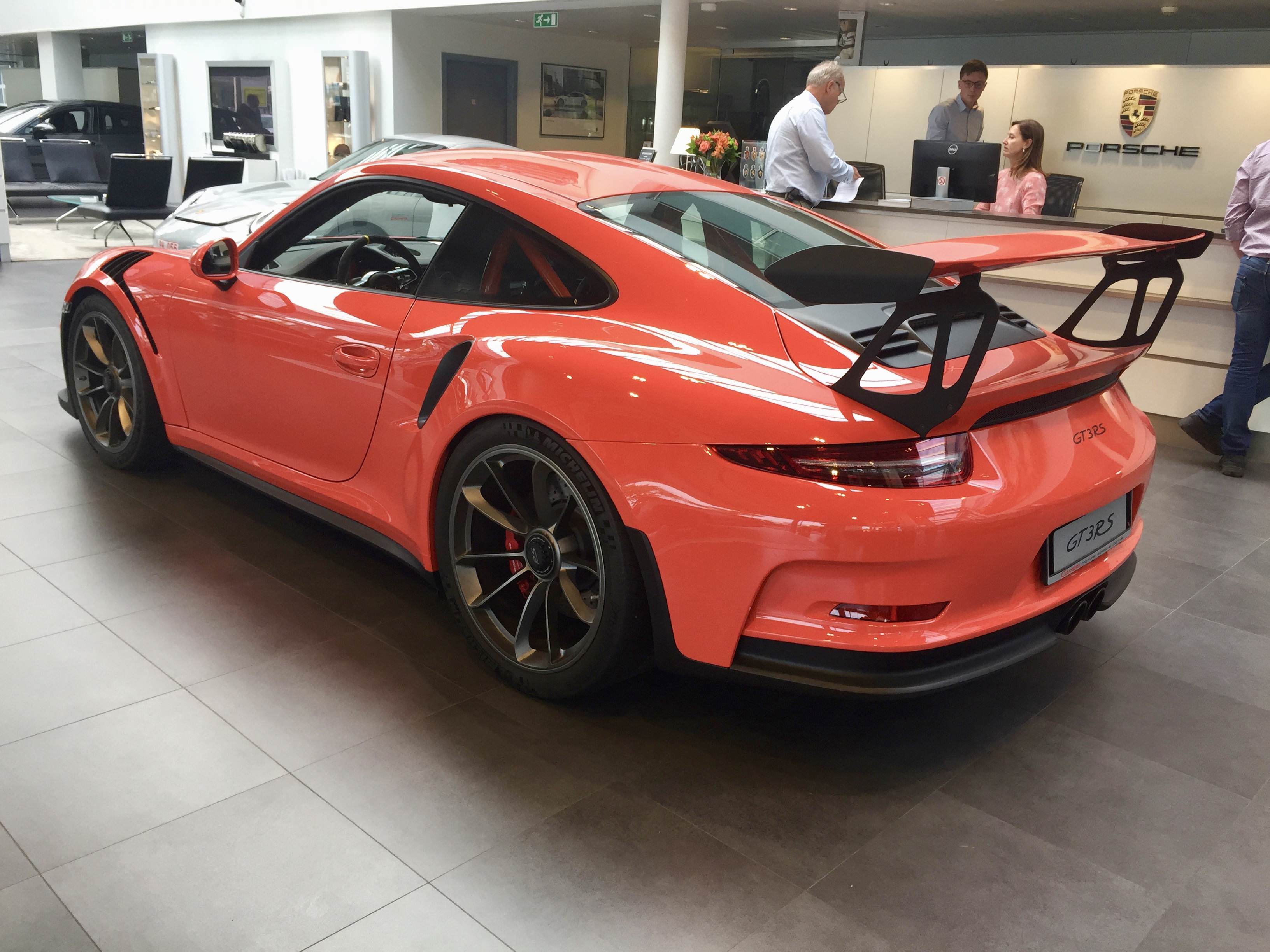 The 3.8-litre flat-six was replaced by a 4-litre version that pushed power up to 500hp; the equivalent of the last Mezger RS engine. Maximum torque peaked at 460Nm at 8,250RPM, just 500RPM below that of the stock GT3 flat-six engine. 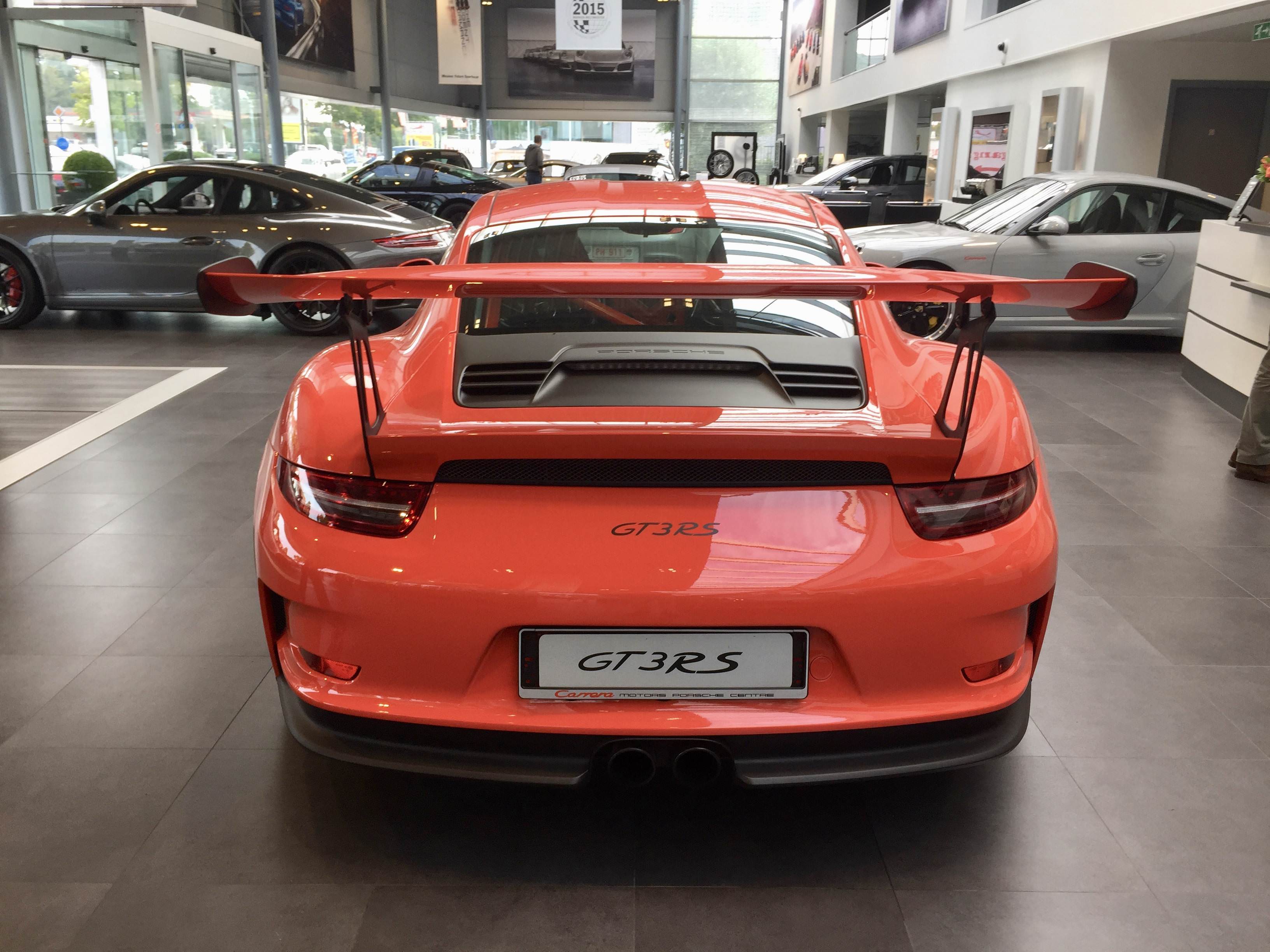 Porsche’s decision to drop the manual gearbox for its double-clutch automatic counterpart opened up the GT3 RS to a wider target of potential buyers. The resulting production numbers are nowhere near confirmed yet, but are already claimed to be more than double that of any of the previous generations. Still, impact on resale value remains relatively limited. Expect to pay between €170,000 for a used example and up to €300,000 for a mint, possibly paint-to-sample car. 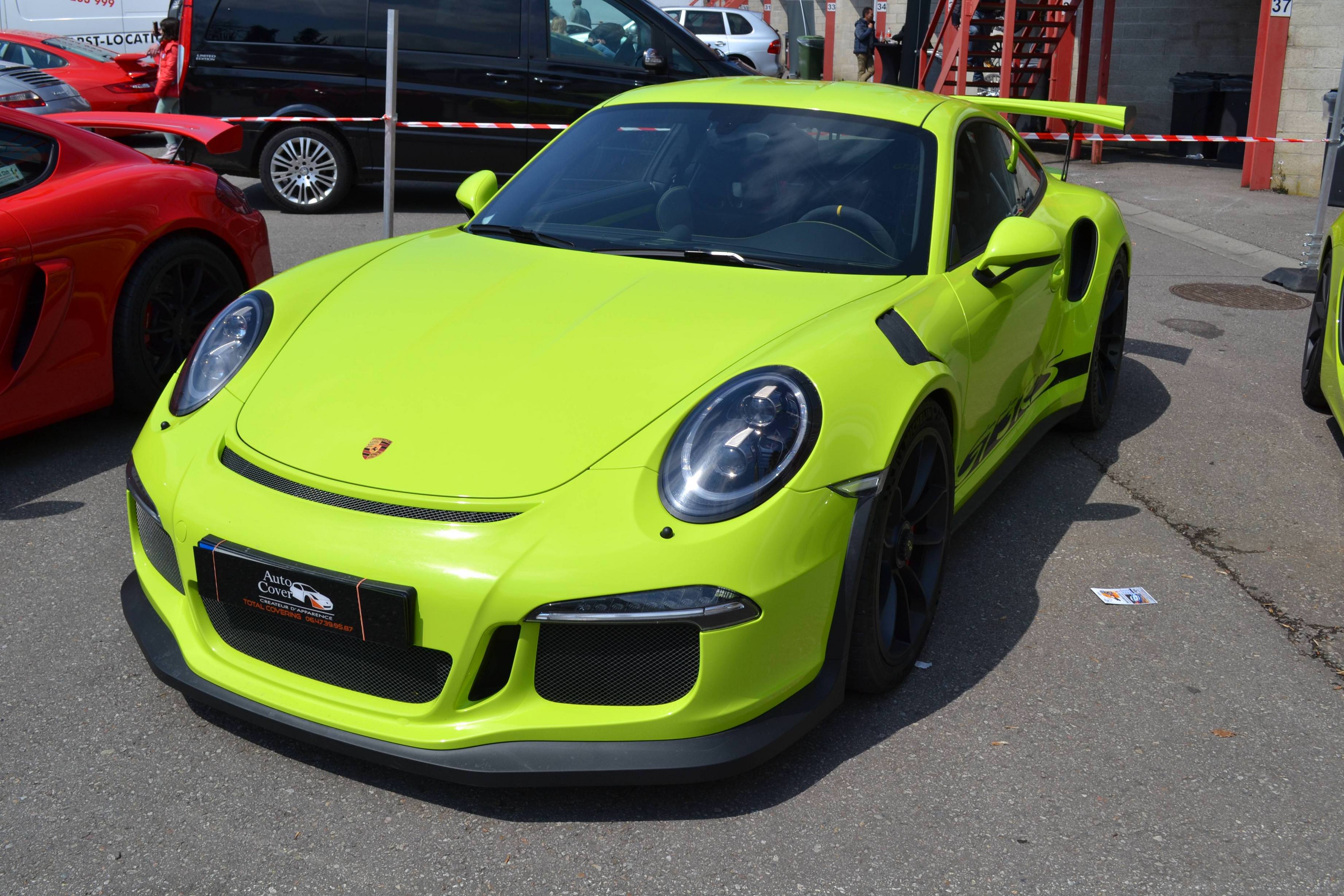 Check out the GT3 RS cars currently for sale on 911 Vintage here.