Welcome to the second episode of 911 Stories; an original series exploring special Porsche 911s and the people who love them. This time we were honoured to meet up with Pierre-Philippe (none other than Samizdatbe on Instagram) in Brussels to hear about his passion for the Porsche 911 and to get the backstory of his uniquely modified 911 Carrera convertible, also known as Red. 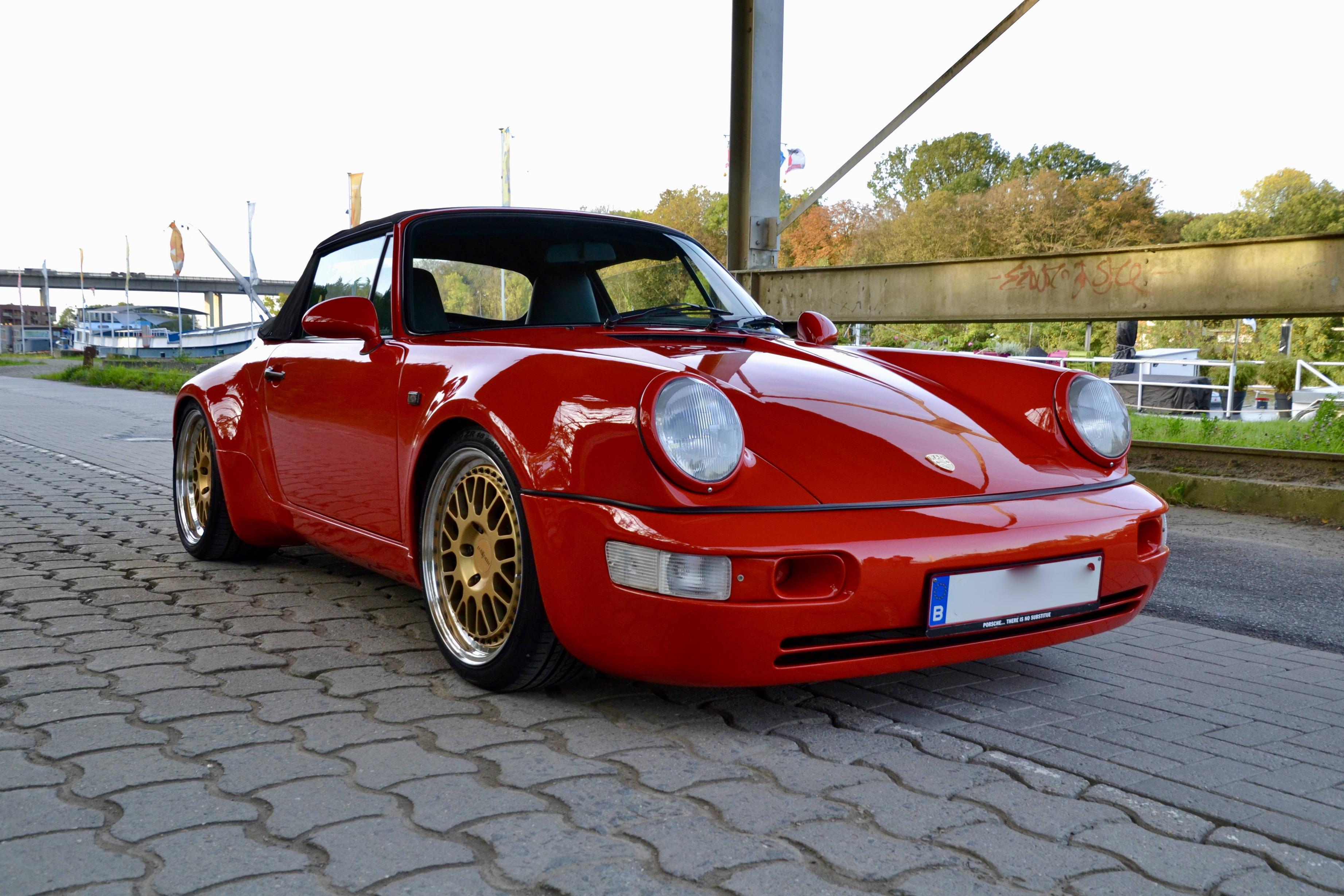 In order to fully trace the origins of PP’s passion for Porsche we need to go back to the mid eighties. “I was a student with a dream to buy my first car at the time. Coming from a largely self-employed family, I was raised with the philosophy that nothing comes for granted in life. So if one thing was crystal clear to me at young age, it was that I needed to work as much as I could in order to buy my first car.” As a result, PP would alternate his spare hours between working in his family’s grocery store and covering the nightly program of a local radio station during his high school years. 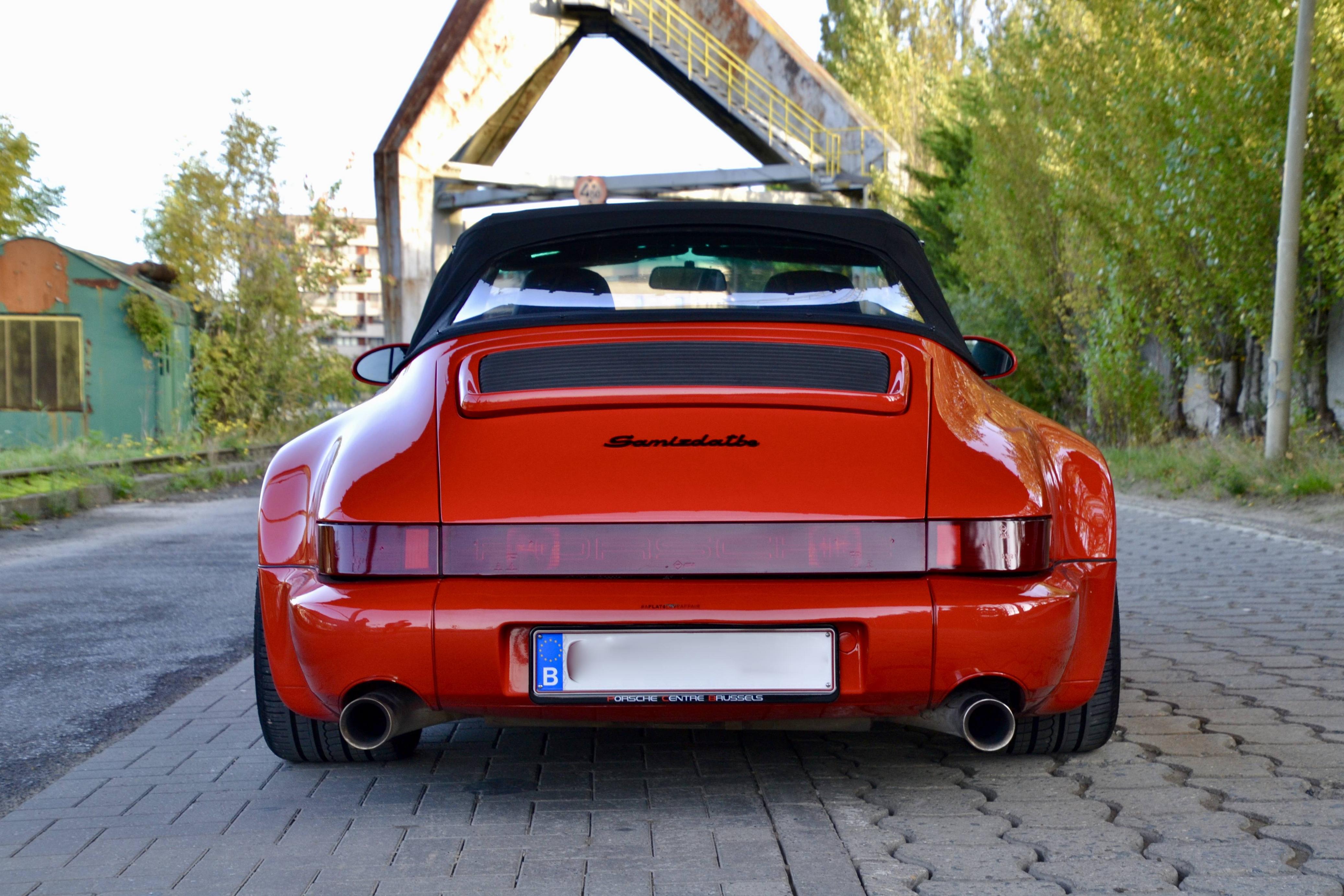 Eventually PP managed to save up for what would be his very first car; a 1955 VW Beetle. Ironically it was that exact beetle that sparked his passion for its squashed counterpart. “I really loved my Beetle, not only because it was my first car but also because it enabled me to take my first active steps into the car scene. I remember driving it to several meetings where many air-cooled cars came together. The big trend back in those days was to modify Beetles using Porsche parts. I was young and inspired, so the first thing I wanted were Porsche parts for my own Beetle.”. 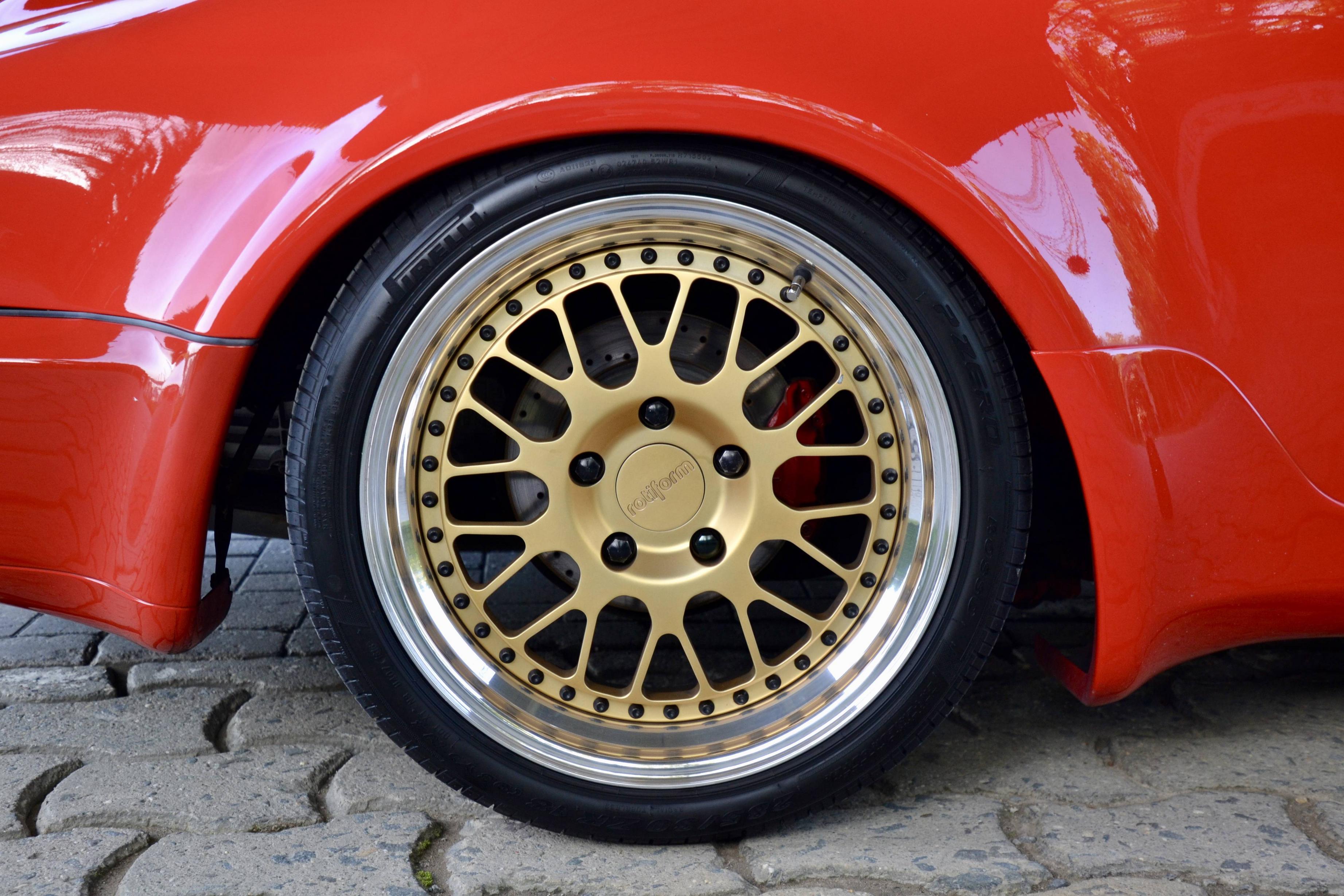 The desire to modify his Beetle with Porsche parts eventually lead PP to contemplate the purchase of his first Porsche, albeit not without his experienced father talking a bit of common sense into him. “I wanted to install a VW-Porsche Type 4 engine in my Beetle. I had bought a 914 donor car on which I had been experimenting back and forth. One day my father pointed out that the 914 was actually a more valuable car than the Beetle I was using it for. At that point it just dawned on me that I might as well just look out for the real thing instead. The 914 was beyond repair, but from that day onwards my mind was set on getting a Porsche”. 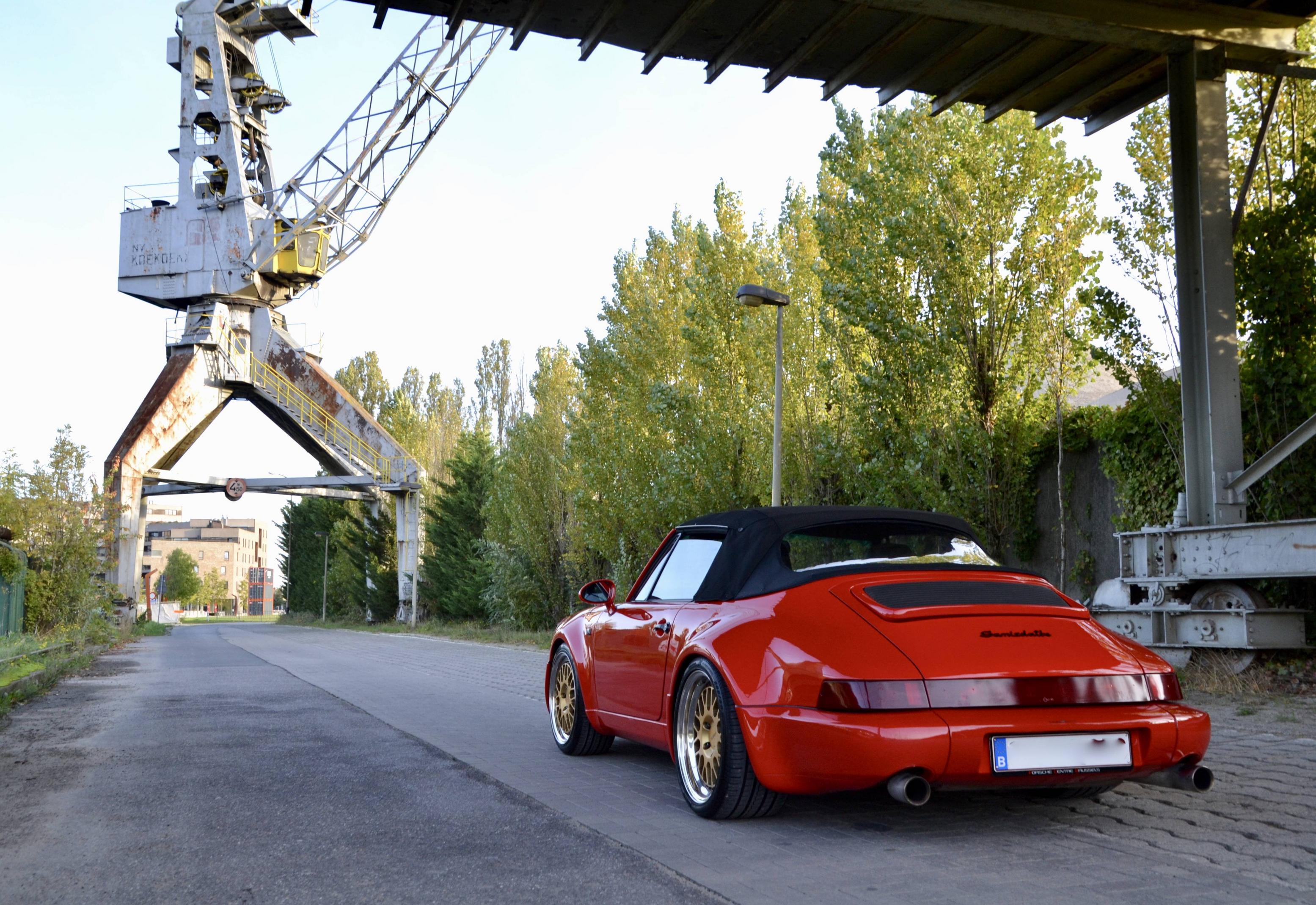 It was through a mere coincidence that PP would soon lay his eyes on what would later become his first 911. “I was regularly working at a local car repair business in Germany over summer. It was in the late eighties when I first got to see Red. I remember being absolutely impressed. Once I heard about the owner’s intent of selling it I couldn’t think of anyone else buying it but me. Unfortunately owning a 911 was still out of reach for me at that time.” 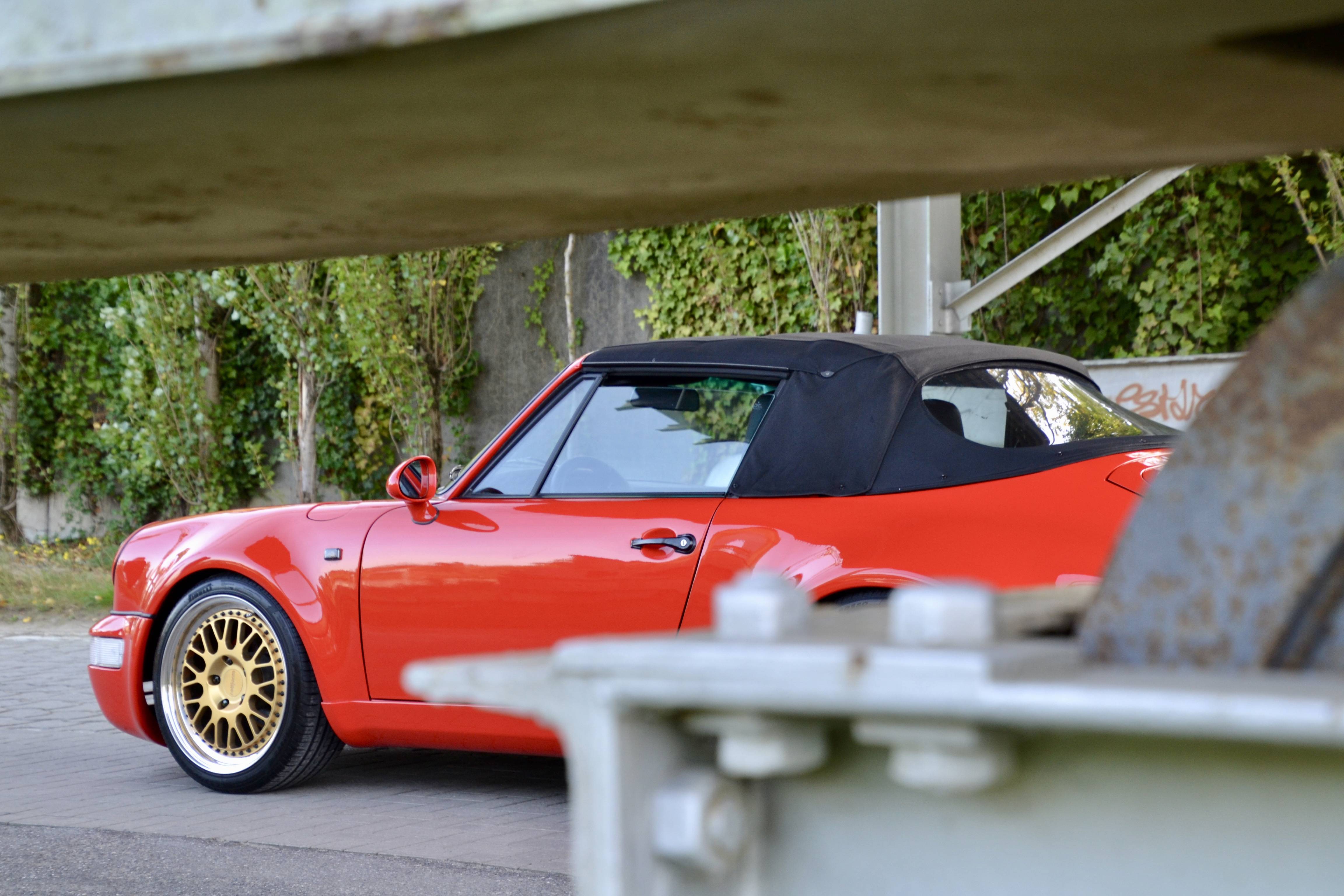 As was the case for Fabian in our first edition of 911 Stories, the first steps into Porsche ownership were also humble ones for PP. “My first Porsche was a used 944 which was relatively accessible in those days. In order to buy it I had to use my savings from working side jobs mainly in IT and printing services. It was a very fun car but I missed the air-cooled feeling that my Beetle gave me. I ended up selling the car in Belgium. Having sourced the 944 in Germany I actually made some money off of that deal. I used it to buy a 944 Turbo which was an excellent car and using the same leverage I traded that one for a 968 Clubsport. Now that car was really bonkers! It was only when I sold my 968 that I finally managed to have the budget to afford a 911.” 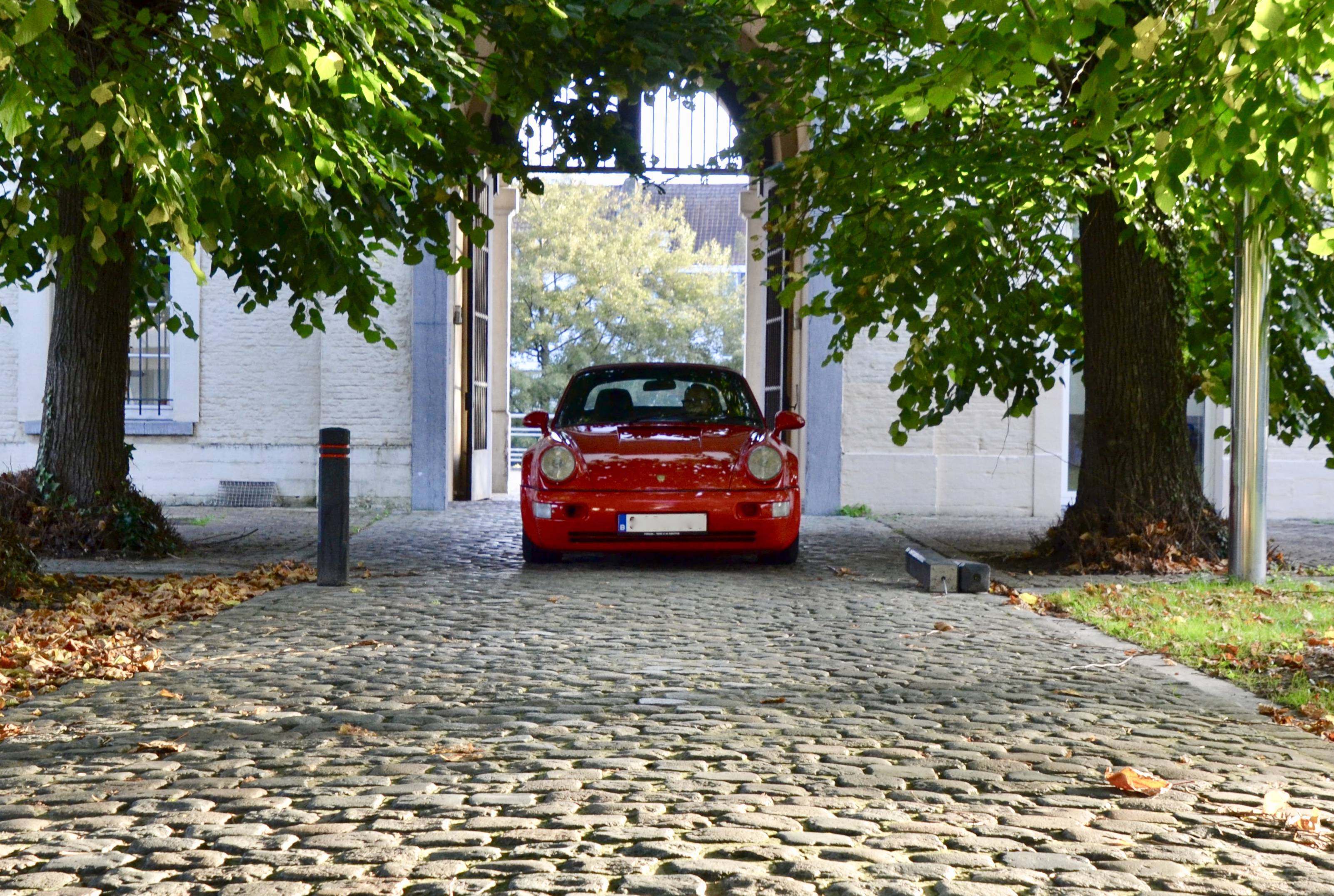 To PP’s surprise, the red 911 convertible he had so woefully discovered a few years back was still available for sale. “The car was purchased originally in 1984 as a G Series Carrera 3.2L convertible finished in Guards Red. Only a few years later the all-new 964 was introduced which prompted the owner, an elderly widow, to carry out a full conversion of her G series to the latest look of the 911. The work was extensively and carefully done by DP Motorsports under supervision of her Porsche dealership near Cologne. What she did not expect however was that the car would come back with a ‘werks turbolook’ (WTL) body and a modified exhaust. She didn’t like the end result and wanted to sell it almost immediately after taking delivery.” 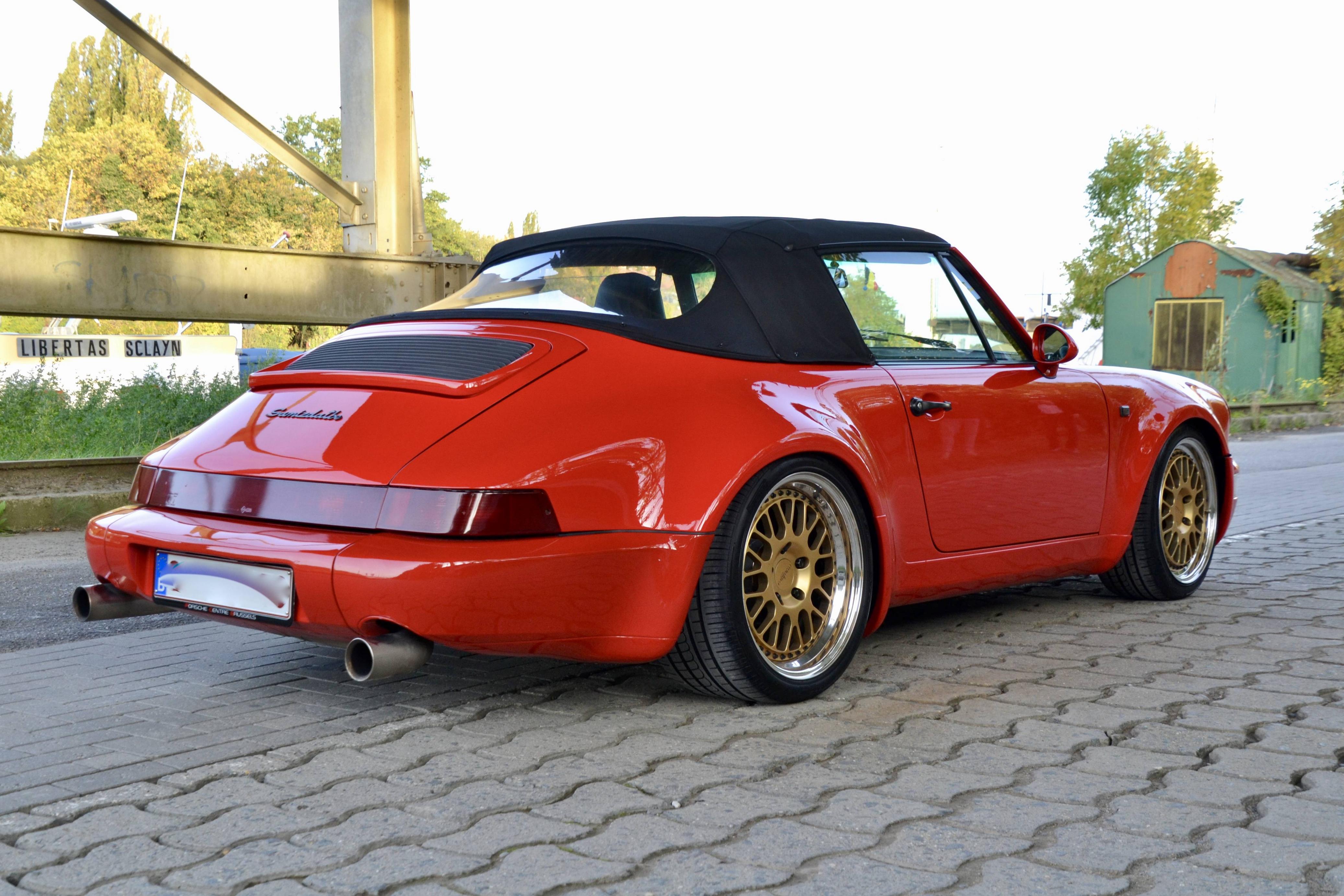 The WTL conversion was exactly the blessing that PP needed to secure his first 911 at a mere 23 years of age. “She occasionally drove the car around while it was offered for sale and ironically she had damaged one of the wheel arches of the widebody against her garage entrance. It ended up at the exact repair shop where I used to work my summers but never got sold due to the high asking price. I had already declared my interest to buy the car a few years earlier and eventually the owner and I agreed on a purchase price.” 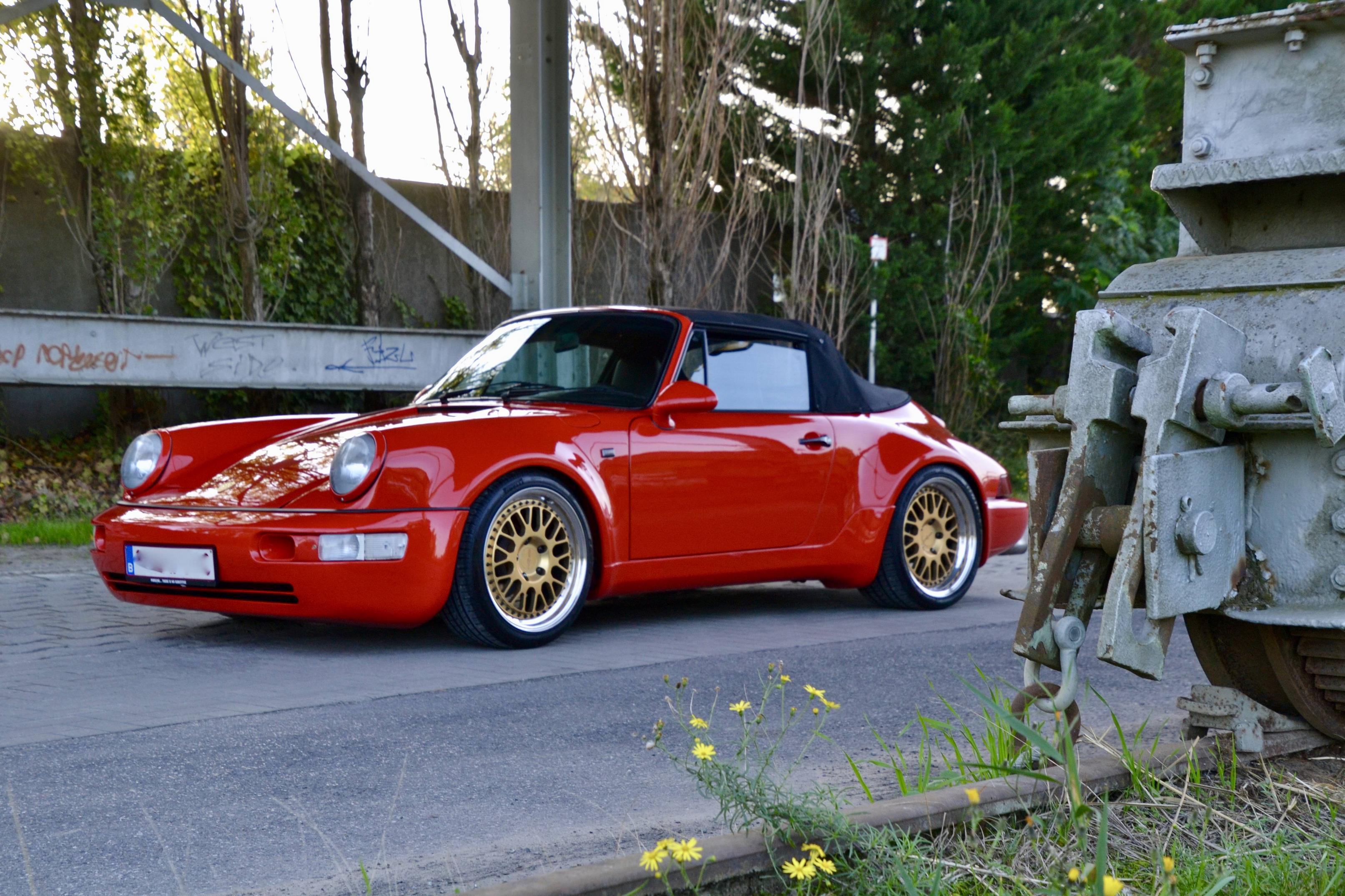 The build up to purchasing his first 911 was ever so exciting for PP, but his first 911 would end up spending many years in the shadows upon arrival to Belgium. “Upon graduation I decided to start my own marketing company, spinning it out of a university project I had done just before. Having done many projects in IT, I had a good notion of the Internet and what potential it had. My father warned me about visiting potential clients in my 911. As I was a young aspiring entrepreneur and with Internet still very much in a conceptual phase, I reluctantly agreed and we decided to put Red in storage.” 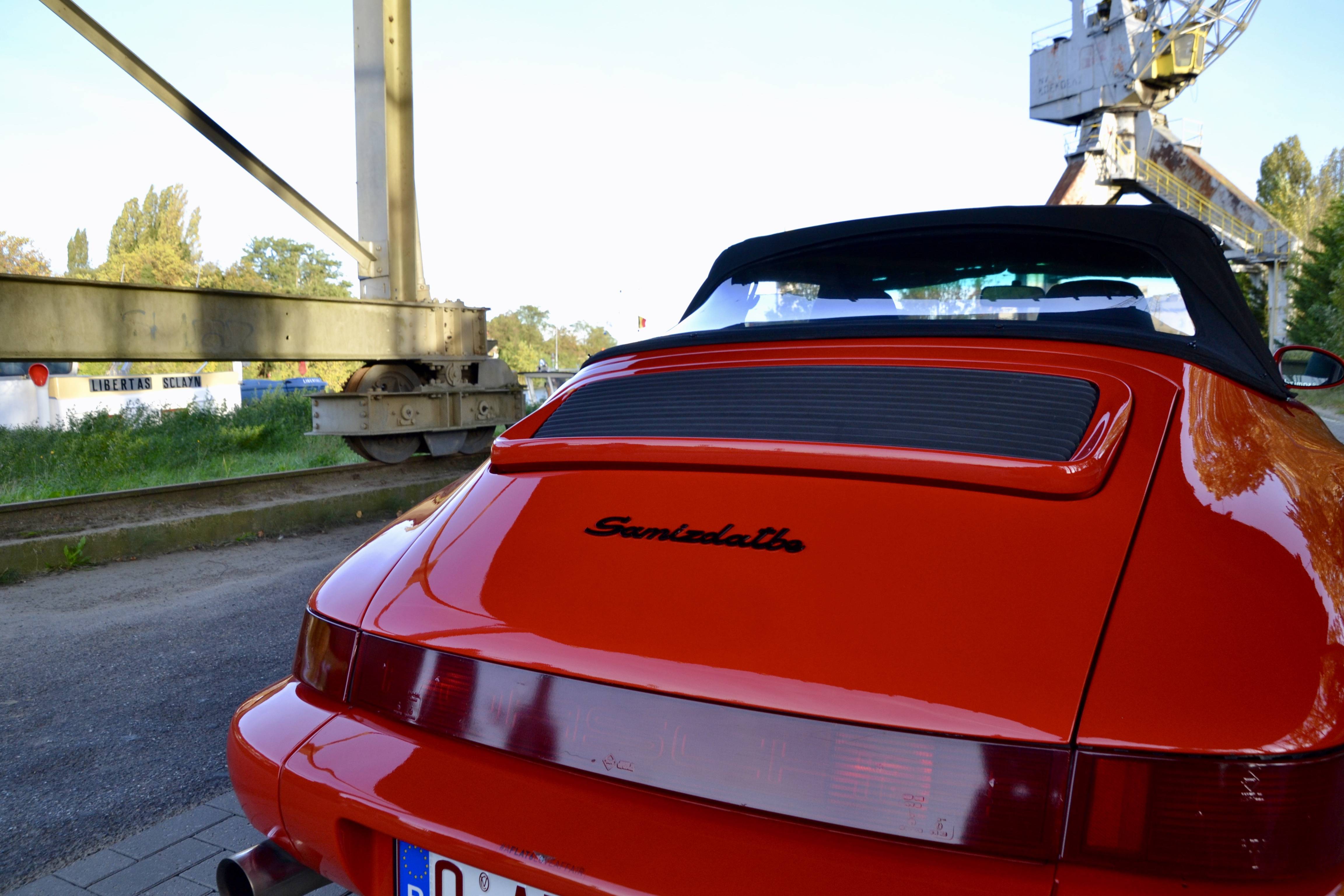 While his 911 initially still benefited from an occasional weekend drive, the growth of PP’s business would quickly put the car at the background, eventually moving it back to Germany where an alternative storage location was found. “A friend of my father who ran a dealership specialised in air-cooled Porsches and VWs agreed to take Red into storage. I remember asking him to upgrade the car with new rims the next time I would pick it up.” Unbeknownst to PP, the car dealer had a completely different plan in mind for his 911 which ended up being a nightmare for him and by extension any car enthusiast alike. “Each time I called to arrange the car’s pick-up there was one or the other excuse, so one day my father and I paid a surprise visit. I saw my car under a cover on top of a maintenance bridge without wheels. Little did I suspect that it had been technically tampered with, let alone that its interior seats were entirely missing. Unsuspecting, I agreed with the dealer that he would finalise his work on my car and that I would pick it up ahead of next season.” 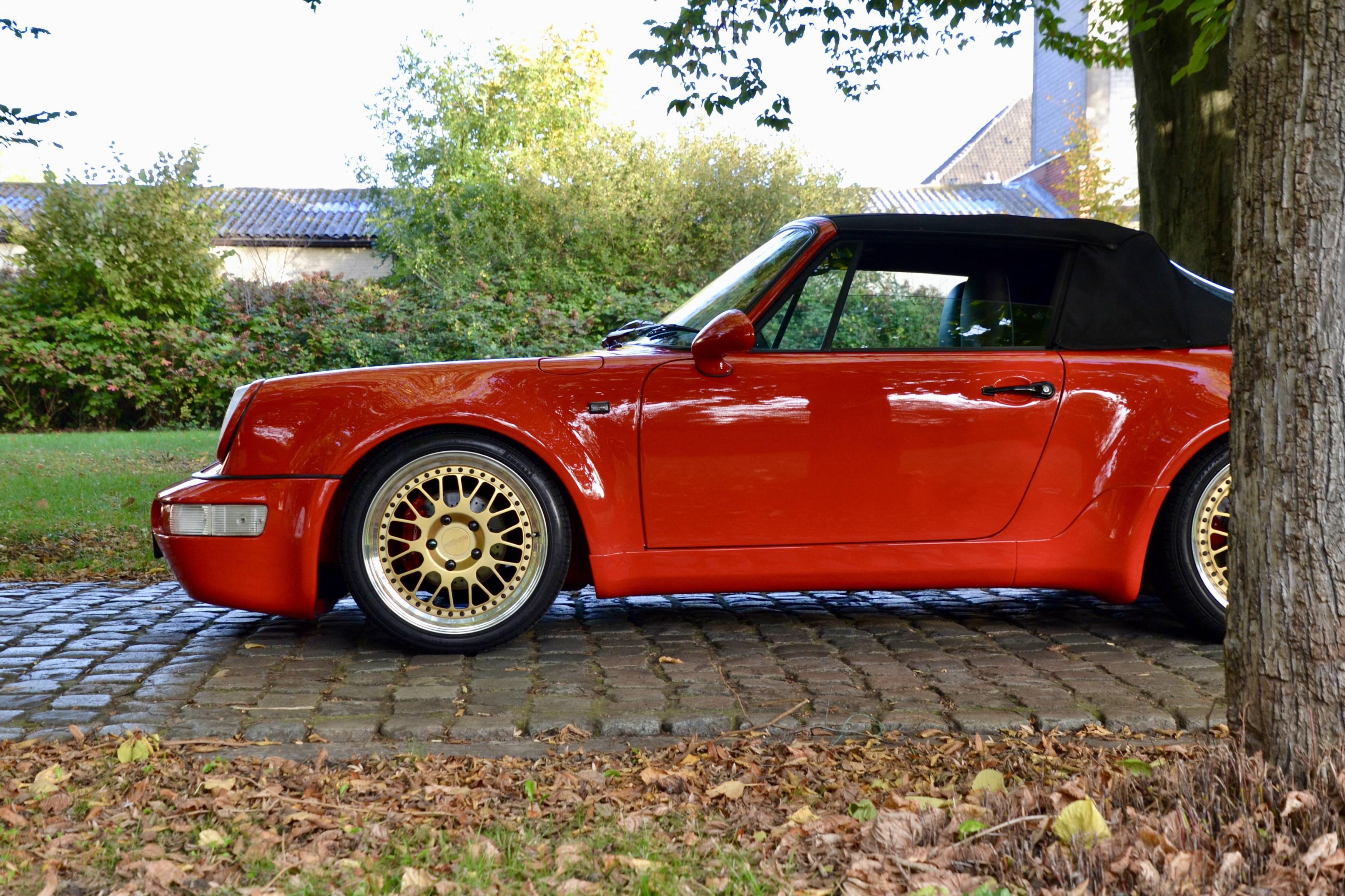 The red flags encountered during his surprise visit soon gave way to the real problem. “The business went bankrupt shortly after and to make matters worse my 911 was considered part of the bankruptcy case. It took me years of litigation to get my car back, which finally happened in 2015. My car had spent all that time sitting in an outside parking lot, so when I picked it up and realised in which state the car was I spent some time contemplating why I tried so hard to get it back in the first place.” 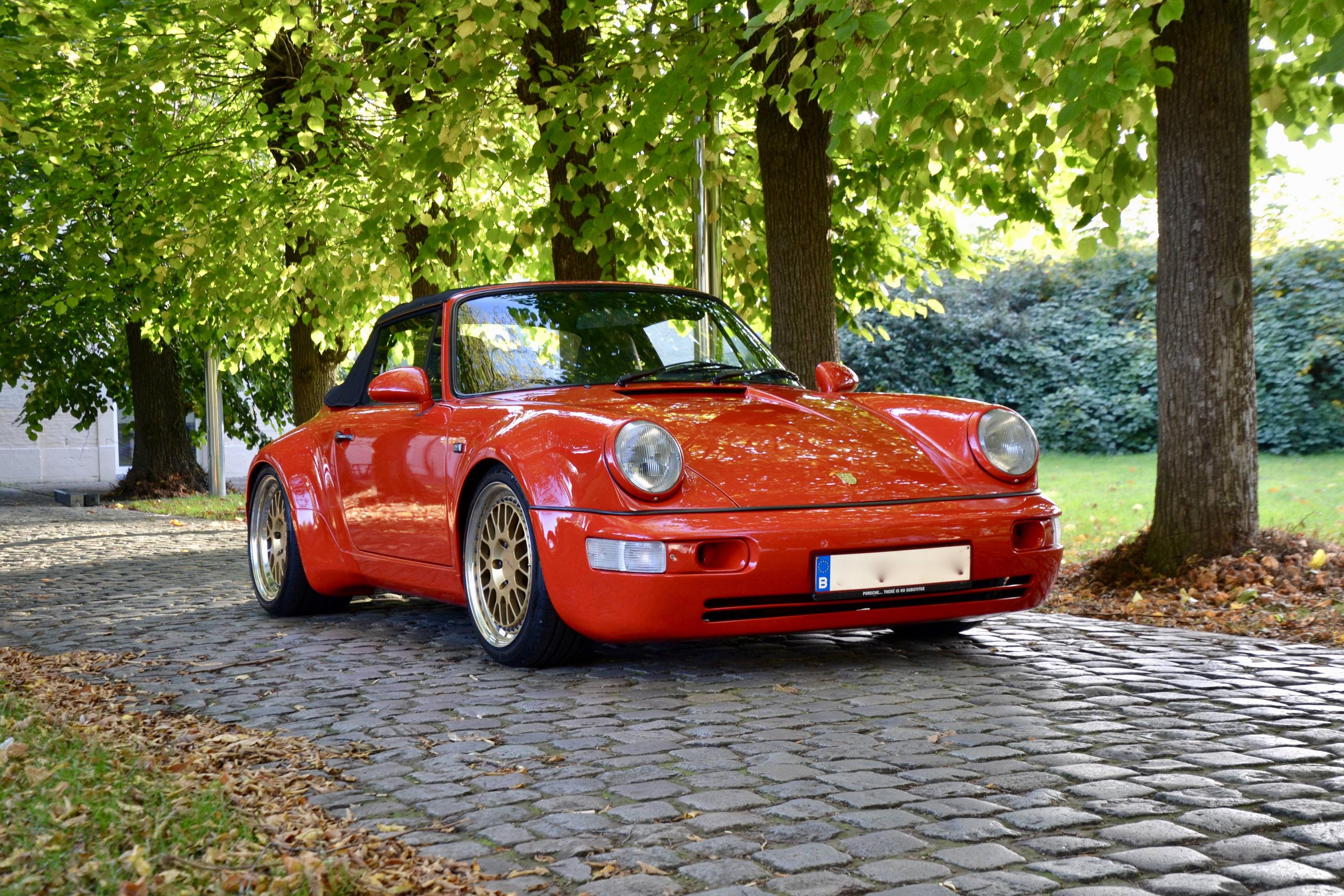 A few years before this ordeal, PP had taken the decision to return to driving Porsches on a daily basis. He initially owned a 996 Carrera which he later traded for a white 997 Targa 4 that he still owns today. “I regret selling the 996 because it was such a good car. It was not really loved at the time by many enthusiasts. Perhaps that’s what drove me to trade it in so quickly.” Through his company PP had acquired good contacts in the Belgian automotive industry which helped him to add a special 991 Carrera to his collection, which is currently his daily 911. “The car was commissioned by Porsche Belgium for a specific project that was later abandoned. The car features plenty of Porsche Exclusive options that you would rarely find on a base Carrera. In that sense this car was a nice opportunity that came up through my contacts with the Belgian VAG importer D’Ieteren. Having worked with them for over 10 years really brought back my passion for Porsche, especially the desire to drive my vintage 911 again.” 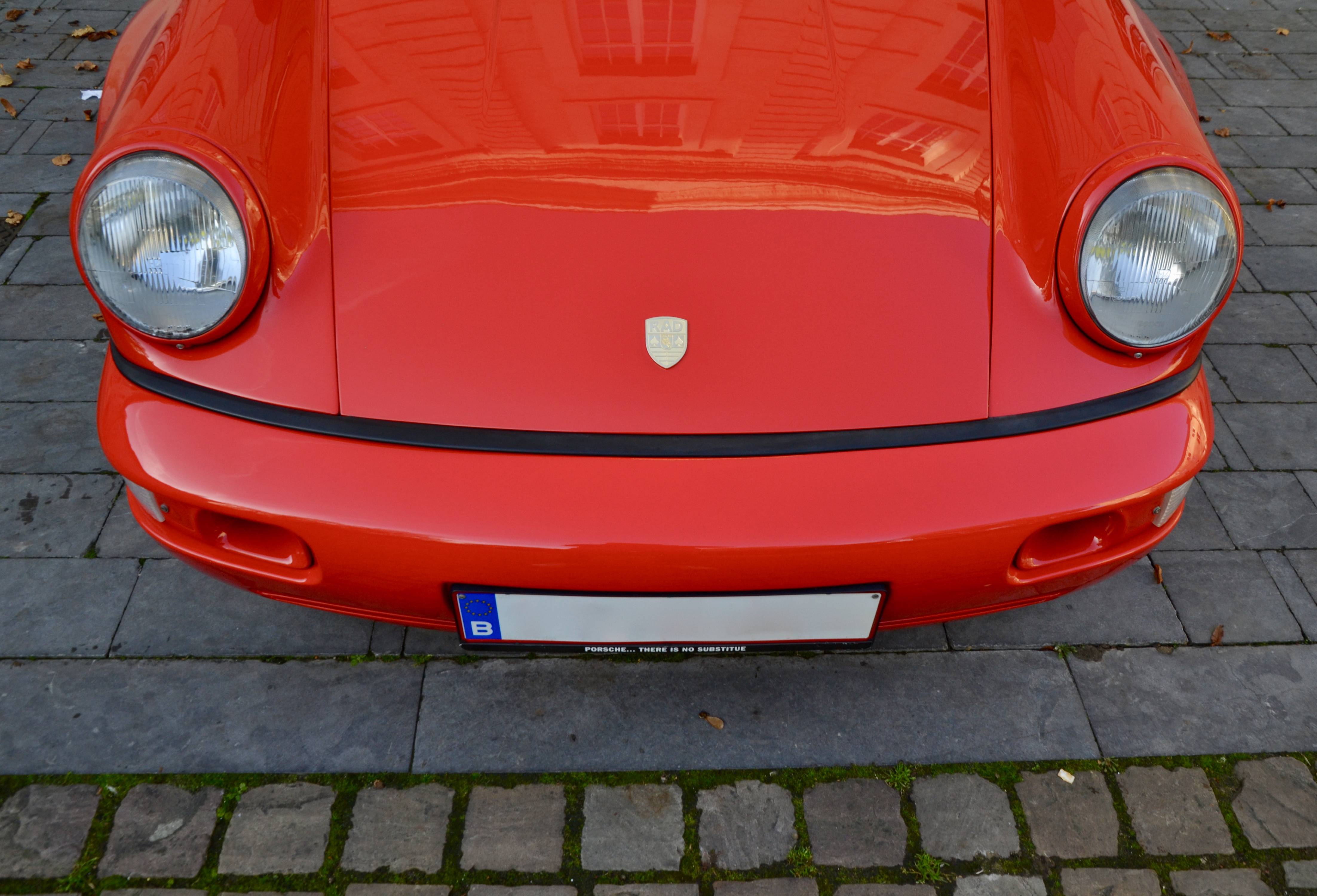 The market for vintage 911s had changed drastically by the time PP finally managed to retrieve his beloved air-cooled 911. “I was still contemplating what to do with Red when I received an offer that was double what I paid for the car two decades ago. This helped to put things in perspective. I decided that I wanted to get Red back on the road. The cost to restore it back to its fully original state would never pay out, so I decided I might as well make it my own 911 as much as I could by sticking to its WTL origins but by giving it a thorough overhaul.” 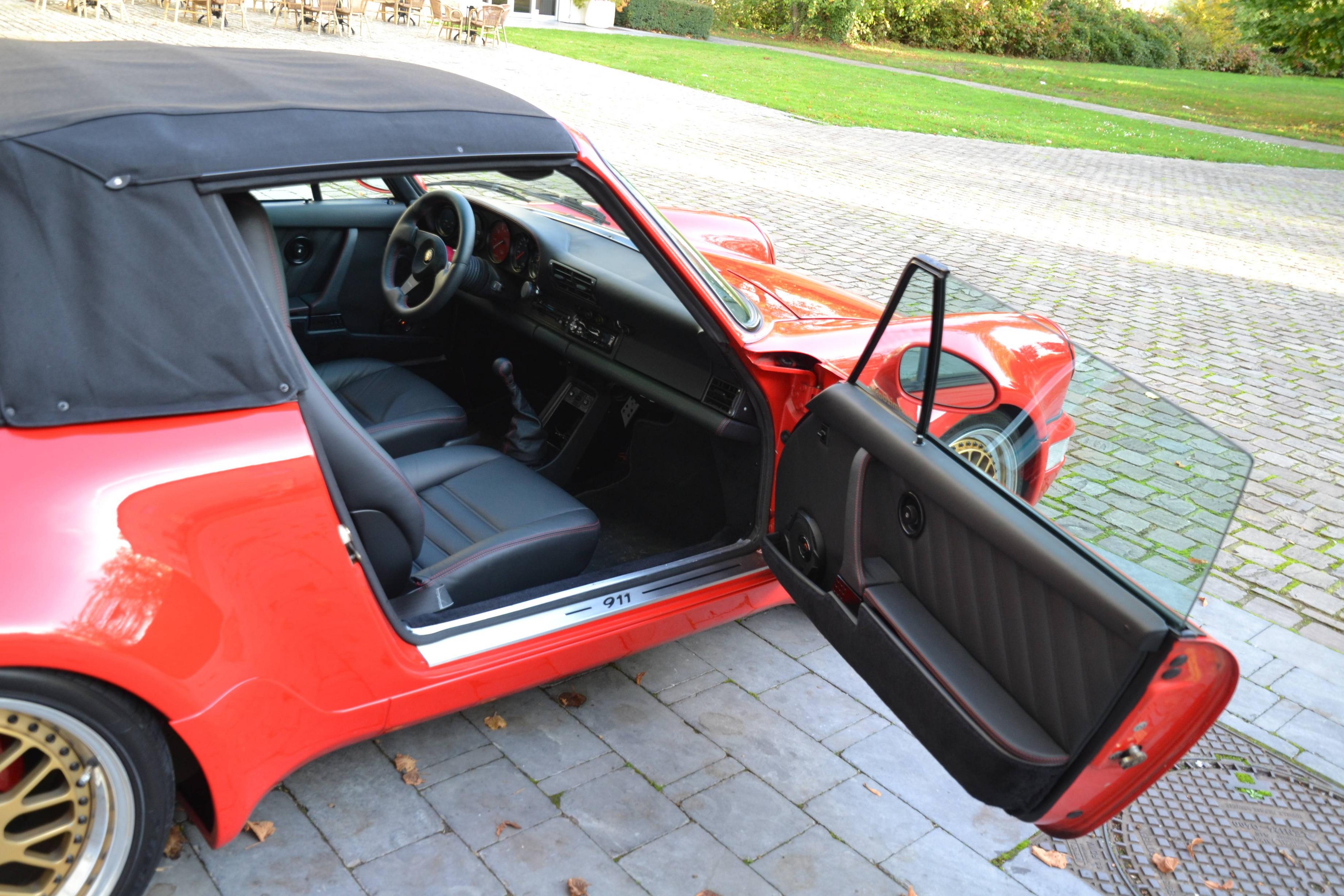 The car was technically restored to the same state in which PP initially bought it. The car features the original G series 3.2L engine which has been tweaked to 250hp through the fitting of larger cilinder heads and updated electronics. The dual exhaust system was also originally fitted by DP Motorsports as part of the 964 WTL conversion. The Guards Red paint was miraculously enough still intact. 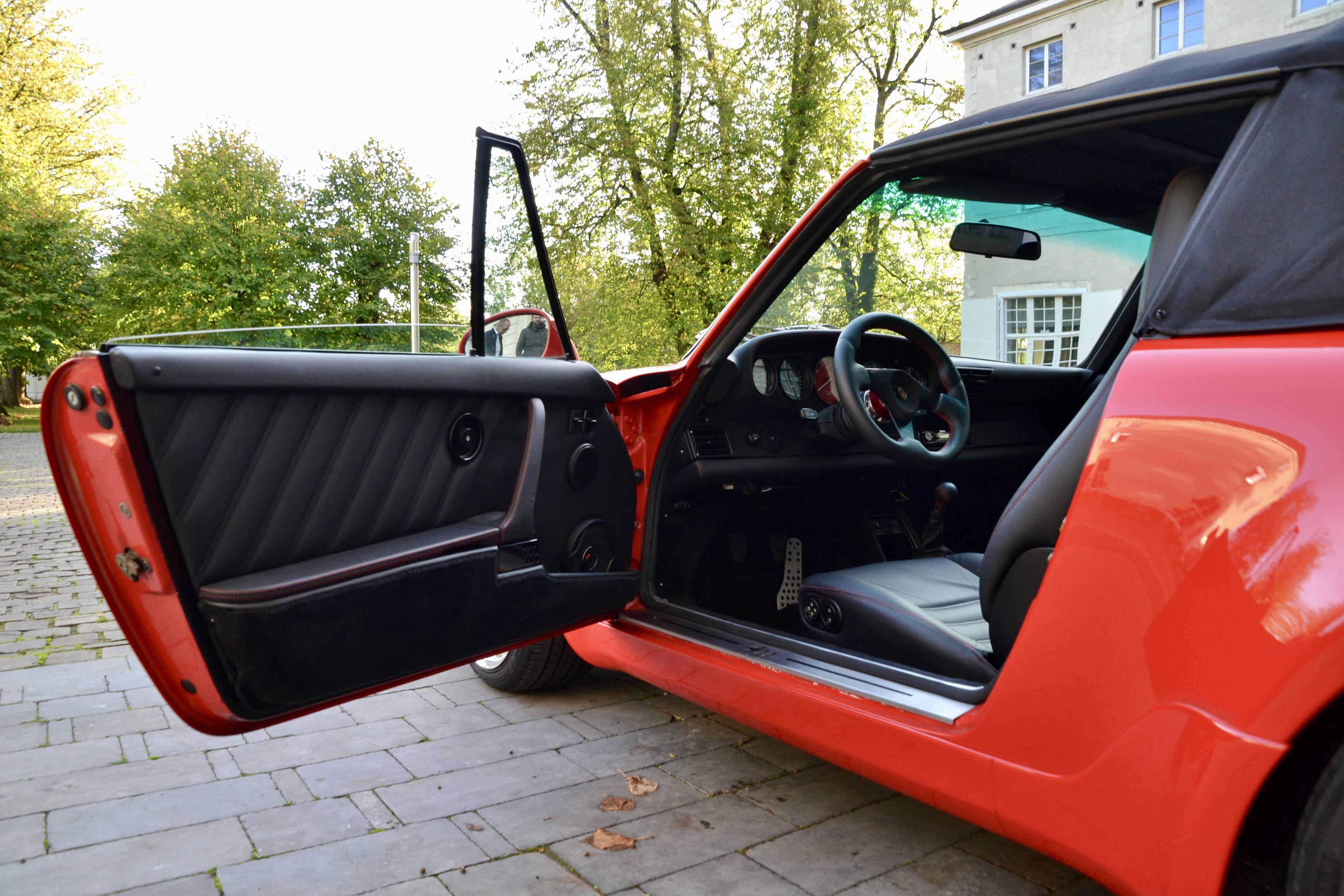 The complete interior was overhauled after hours with help of a Porsche Classic specialist using black nappa leather. The red stitching and red RPM counter are a nod to the 991 GTS. “I spared no efforts to get the car as clean as possible. It was only at the start of 2017 that my car was ready to be driven again.” 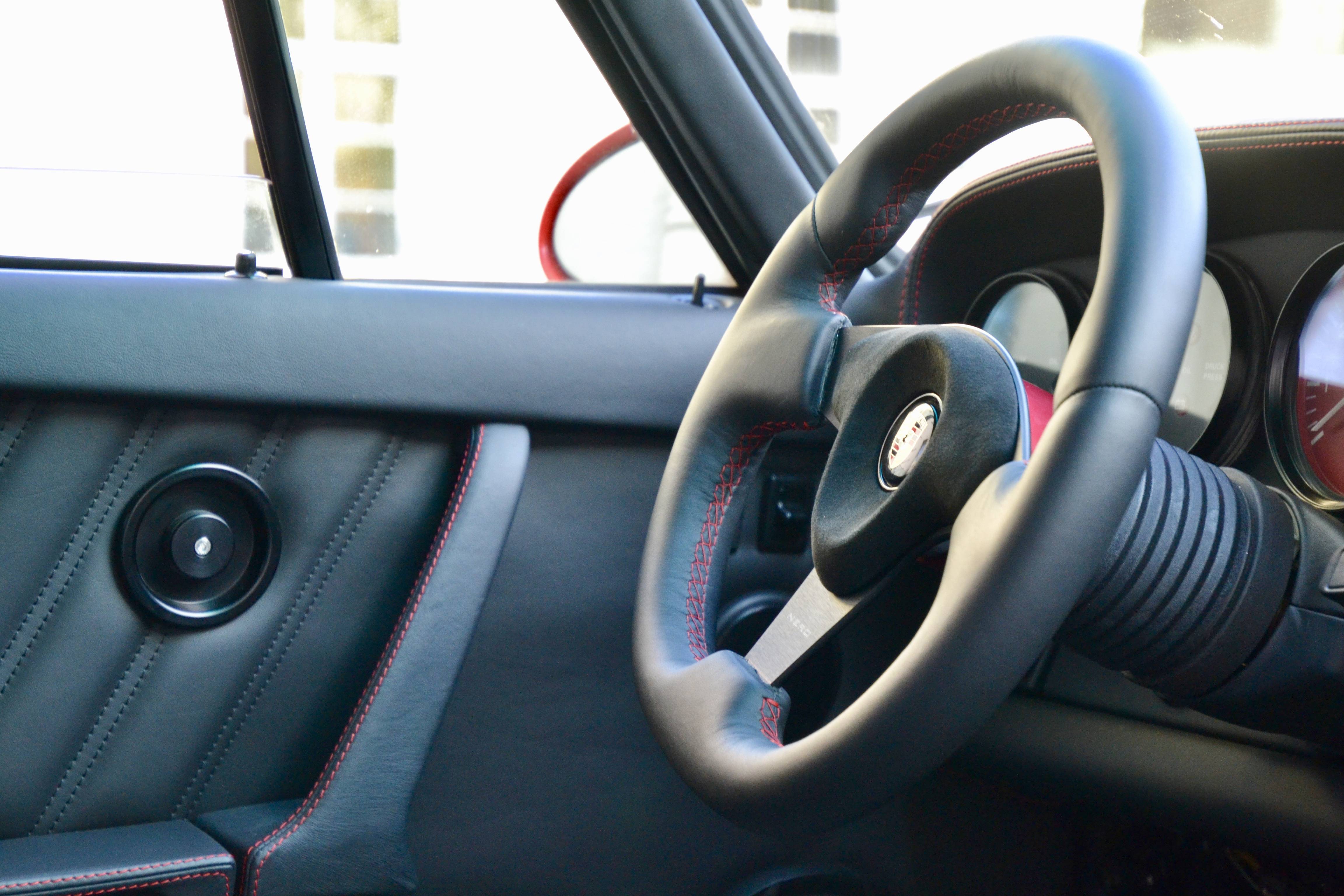 Being able to take his vintage 911 to the roads again has been a great pleasure so far, says PP. “The last few years I increasingly participate in Porsche events and meetings with Red. The driving experience is very rewarding but very different from my water-cooled cars. The look, the sound, the smell… Even the sound the door makes when you close it. All these little things are just different in a great way.” 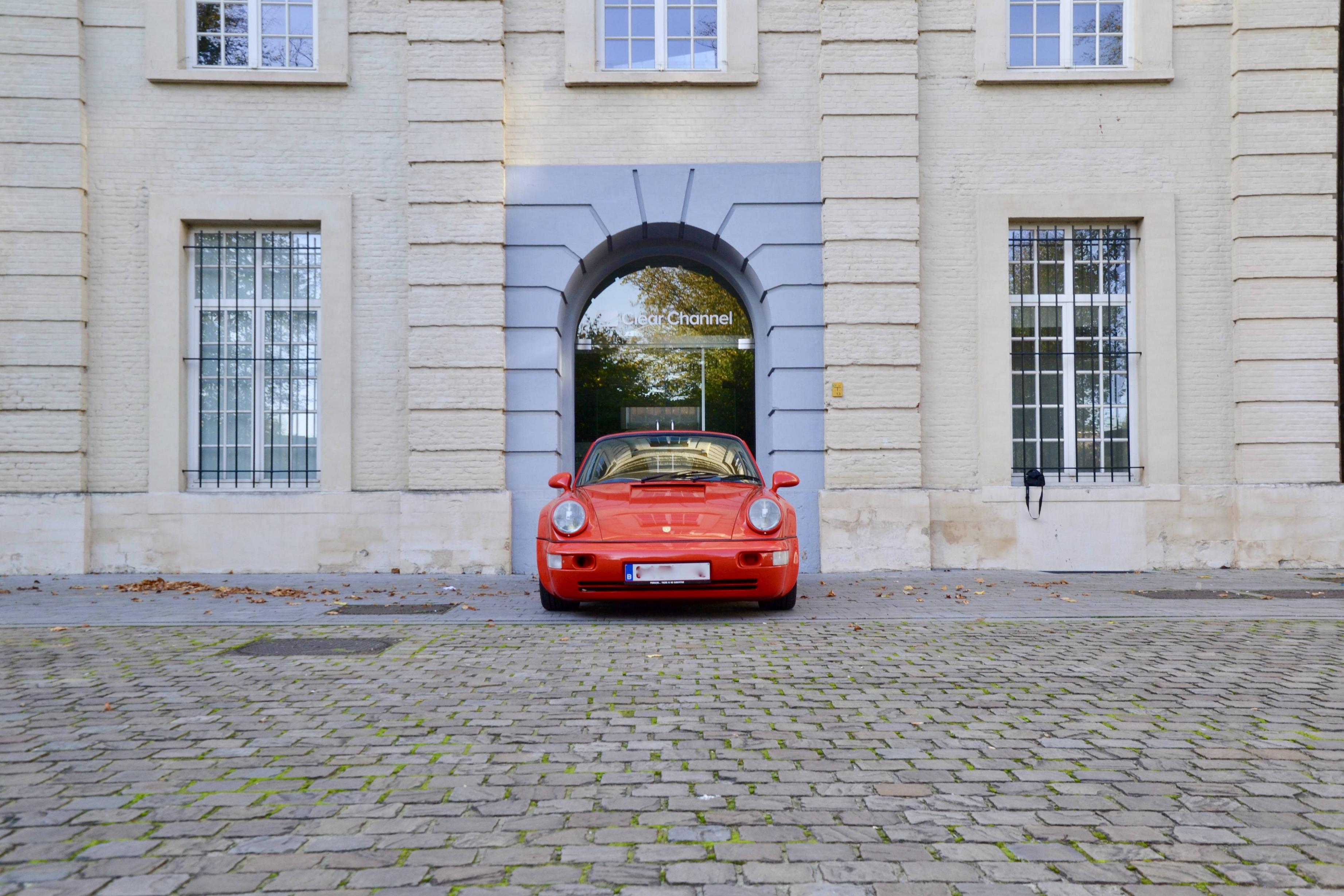 RELATED BLOG ARTICLES
Porsche 911 galore at 15 years Oldtimerfarm Oldtimerfarm celebrated its 15th anniversary in style: with a wide selection of 911s on display including a special exhibit of rare Police Porsche 911s.
A brief history of the 911 Turbo We take a look at the brief history of the 911 Turbo, one of the longest-standing models in the 911 range after the Carrera.
Nijsmans: where passion meets craftsmanship Our never-ending Porsche 911 voyage has brought us to a new stop! This time we are lucky to visit Nijsmans Classic Cars in Antwerp. We sit down with its management team to discover what has brought them as far as to purchase one of the most special 911s built to date.